ThoughtGallery.org > Curator's Picks > Books & Literature > ‘The Age of Radiance’ Author on the Truths of the Atomic Age

The oddest thing I discovered in researching my history of the Atomic Age was that all us human beings are radioactive and, every time we draw nigh, we irradiate each other. Could it be that the subatomic particles and gamma rays flowing between our bodies combine with the odor of our pheromones to produce human chemistry?

The second oddest thing I discovered was that Alfred Nobel, inventor of TNT, had a great dream: to “produce a substance or a machine of such frightful efficacy for wholesale devastation that wars should thereby become altogether impossible.” 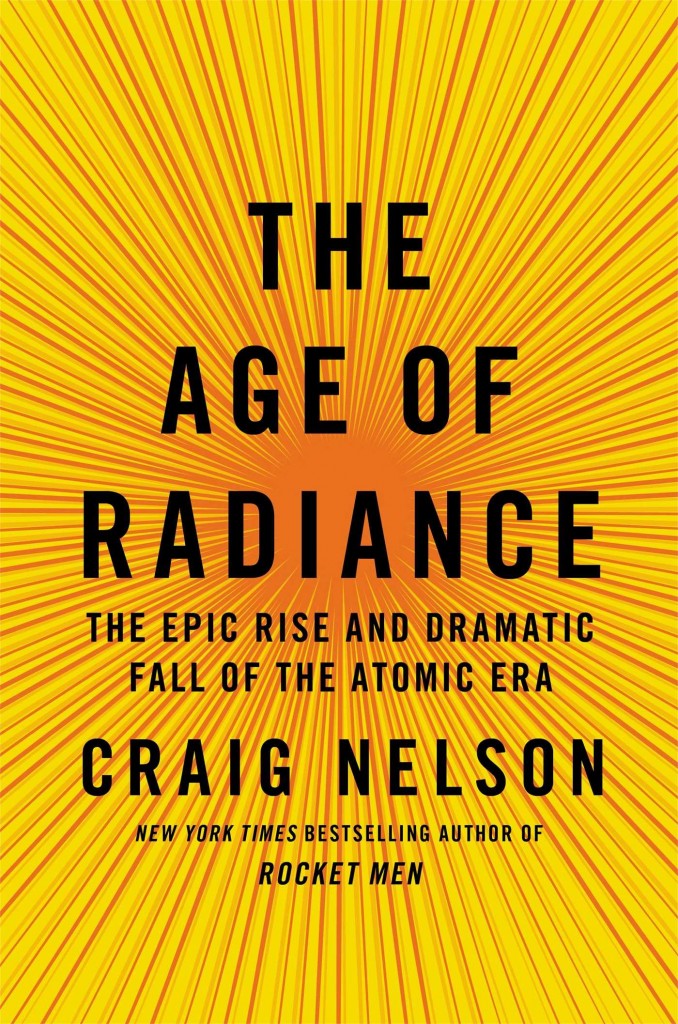 The Age of Radiance: The Epic Rise and Dramatic Fall of the Atomic Era by Craig Nelson offers a detailed narrative of the Atomic Age.

He failed, but many believe that Edward Teller (the Richard Nixon of American physics) succeeded, with the hydrogen — aka thermonuclear, aka fusion — bomb. That all sides in the Cold War, from Russia and China to the U.S., Britain and France, had a thermonuclear arsenal so powerful it could only be used for genocide meant that no one, not even Stalin or Mao, actually used it. A few dogfights over Korea were the only times the Soviets and the Americans directly battled each other throughout their entire history as mortal superpower adversaries.

Comics have been satirizing Robert McNamara’s Dr. Strangelove notion of Mutual Assured Destruction for decades … but it worked. In his 1961 inaugural address, John F. Kennedy called it “that uncertain balance of terror that stays the hand of mankind’s final war.” When Ronald Reagan tried to talk to Margaret Thatcher about his dream of ending all atomic arsenals, she was horrified, convinced that nuclear weapons kept the Cold War cold.

Nikita Khrushchev’s rocket scientist son, Sergei: “With the invention of nuclear weapons, politicians suddenly realized that war would no longer lead to victory, that both sides would lose. But they didn’t know how to behave differently. So they behaved the same way, but without going to war. War without war was called ‘cold war.’ …Thus the Cold War was a kind of transitional period from a disconnected world that used weapons as its main instrument for resolving world conflicts to some kind of different state of being — to a new world order, if you like.”

Imagine our atomic arsenals, glowing and unused, not poised for Armageddon, but instead the warm, nucleic source of global peace. Sociologist Elspeth Rostow, appointed to chair the U.S. Institute of Peace by Reagan, had a proposal, which should be seriously considered once again.

It is time to give the physicists and engineers of Los Alamos and Lawrence Livermore the award they deserve — the Nobel Peace Prize. Clearly Alfred Nobel would’ve agreed. What do you think?

The Age of Radiance by Craig Nelson is available now for pre-order. It will be released March 25.

Craig Nelson will introduce The Age of Radiance at 7 p.m., April 2 at Barnes & Noble – Upper West Side. He is the award-winning biographer of Thomas Paine and the New York Times bestselling author of Rocket Men.