Though Donna Tartt rarely grants interviews and limits her book tour to a short list of cities throughout the world, she will stop at the 92Y for a talk alongside author Allan Gurganus, to introduce her new book The Goldfinch.

Tartt, who won the WH Smith Literary Award for The Little Friend a decade ago, released a new book this October entitled The Goldfinch, a 771-page book about a 13-year-old boy named Theo Decker whose mother is killed in a terrorist act early in the novel. He goes on to steal a famous painting, “The Goldfinch.” 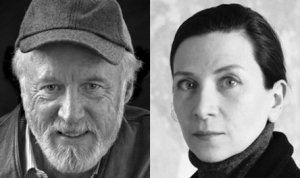 Gurganus will speak about his new collection of novellas, Local Souls.

Allan Gurganus’s books include White People and Oldest Confederate Widow Tells All. Winner of the Los Angeles Times Book Prize, Gurganus is a Guggenheim Fellow and a member of the American Academy of Arts and Letters. Adaptations of his fiction have earned four Emmys. A resident of his native North Carolina, he lives in a village of 6,000 souls.

Donna Tartt was born in Greenwood, Mississippi and is a graduate of Bennington College. She is the author of the novels The Secret History and The Little Friend, which have been translated into 30 languages.