The 92nd Street Y series Reel Pieces ended the year with an exclusive preview screening of The Wolf Of Wall Street with actor Jonah Hill who discussed working with Martin Scorsese on his latest film. 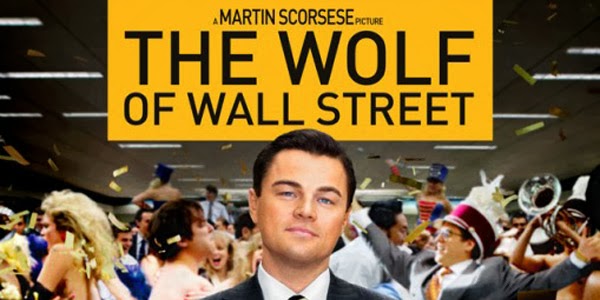 Set during Wall Street’s wild wild west days of the late ’80s, director Martin Scorsese presents a hyper-stylized ride through the meteoric rise and demise of the unscrupulous yet undeniably charismatic Jordan Belfort and his penny stock boiler room, Stratton Oakmont Inc. Sex, drugs and greed fueled by impenitence, Scorsese’s direction parallels the unapologetic excess rolling on the screen before us. The Wolf Of Wall Street makes Wall Street look like Mary Poppins. There is no hiding behind sensibility, every lecherous act is played in full view to both comedic and shocking effect.

A Talk with Actor Jonah Hill 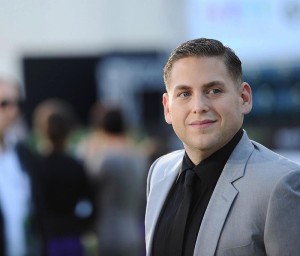 Host of 92Y Reel Series and Columbia University’s director of undergraduate film studies Annette Insdorf spoke with Jonah Hill, who plays opposite Leonardo DiCaprio as stockbroker Donnie Azoff, about his career and his heroes.

On how he got involved with The Wolf Of Wall Street:

“That came about when Moneyball had come out and I got nominated for an Academy Award… I got a call from my agent that said, ‘You are on the bottom of a list of far more achieved actors to star opposite Leonard DiCaprio in a Martin Scorsese film…’ But…I felt I had to play this role [because] I recognize that person in society and I feel there’s a lot of what’s wrong with certain parts of our society. I felt that I had to be a part of bringing that character to life…[who values] becoming wealthy over everything else.”

On auditioning for the role:

“I hadn’t been to an audition in six years because the last audition I went on was for Superbad… so that was an interesting way to reengage in the audition process, your first one back to be for the greatest director of all time.”

On what he feels made him stand out when auditioning for Scorsese:

“You have to ask him I guess but I just knew that I wanted it more than anything and I’d done the work to prepare… I stood by all the work I could possibly do, whether he chose me or not, I did everything I could do to prepare for it… maybe he was just like sleepy that day and got tricked into hiring me.”

On first working with Scorsese:

“When I was starting The Wolf Of Wall Street rehearsals, I wasn’t terrified to start the work with them because I knew we’d have something to talk about. I was more terrified for the first lunchtime during rehearsals because I didn’t want to say something embarrassing in front of my heroes… There’s a moment as a performer when you have to check that moment of terror. There’s a moment when you have to turn that light switch off and go,’OK I’m here to do a job. I can either perform it well and get this job or [I] should not be doing something that’s performing.'”

On what draws him to roles:

“You talk to most actors [and ask], ‘Who would you want to play in Godfather?’ And most say Michael or Sonny…but I would want to play Fredo. Because he was so helpless, he was so intricate. He was the older brother who was overlooked and it was heartbreaking. And that to me is what I’ve always been drawn to, is I would always rather be the person that breaks your heart than the person who looks cool in the film.”

On his future aspirations:

“I would love to direct… though through the lessons I’ve learned, I realize now I shouldn’t act in a movie unless I have to play that part… As a filmmaker, I won’t be ready to ever direct something unless I feel I have to tell this story. So until I either think of a story or read a book or feel there’s a story that no one else should tell but me, I’m going to stay out everyone’s way and wait for that moment to direct.”