Objects tell stories, social historians like to say, and the objects found on even a short visit to the Morbid Anatomy Library and Museum tell stories you don’t hear every day. 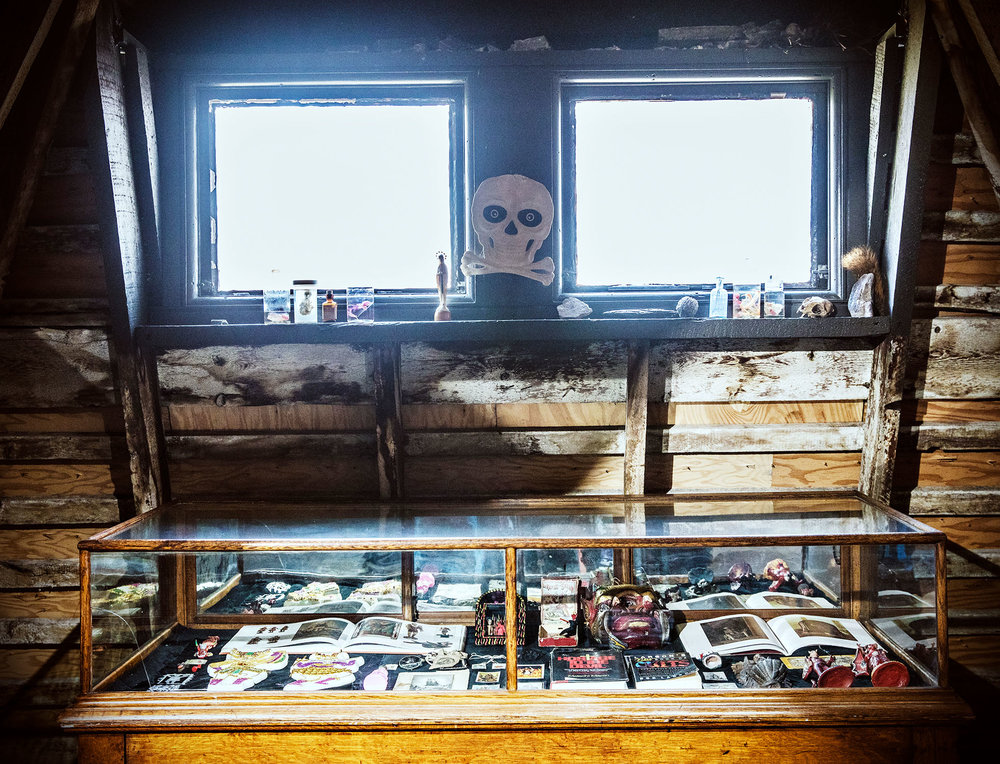 Reopened at the end of last month in Brooklyn’s Green-Wood Cemetery, The Morbid Anatomy Library and Museum is often referred to as New York’s “museum of death.” It reaches beyond this affectionate description to explore the intersections of medicine, art, and mortality: each object in the collection reflects that potent mix. There are no velvet ropes, so visitors are free to take close looks, often handle objects, and learn their compelling backstories. 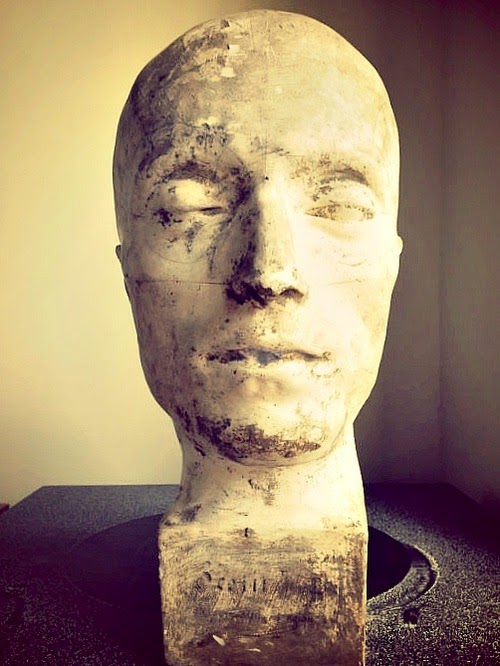 One case in point: a plaster cast used for phrenology in the 19th century is identified as an early 19th century French creation, partially through the word “Amativité” marked on a certain region on this head. “L’amativité” is the area on the cranium which French phrenologists believed contained the impulse for sexual activity. Too large a protrusion meant the bearer would be prone to licentious behavior. Moreover—and germane to the mission of the Museum—this phrenological head was made from a plaster death cast taken from a cadaver, quite often the practice in its day and used to instruct other phrenologists and members of the general public.

Next to the phrenological cast is a wax sculpture of a barely identifiable, but obviously not healthy, body part. It’s a sculpted leg infected with smallpox, an example of “medical moulage” dating back to 1912, and at that time on display to the public in the Hygiene Museum in Dresden.

Morbid Anatomy founder Joanna Ebenstein calls pieces such as these “unintentional art” and this assemblage of artifacts grew out of Ebenstein’s private collection.

While giving background on the pieces, head librarian Laetitia Barbier relates how art and medicine were intimately tied during the centuries before photography—and even for years afterward.

“Before photography, artists and medical professionals worked together to create these pieces as training aids,” says Barbier. “There were few ways to present findings, and drawings, paintings, and sculptures were ways in which to do that.“

Ebenstein mentions the importance of showing these pieces today.

“An object such as the medical moulage figure of a leg infected with smallpox is so interesting,” adds Morbid Anatomy Founder Joanna Ebenstein. “It represents a disease which no longer exists. It’s something we would never see otherwise.” 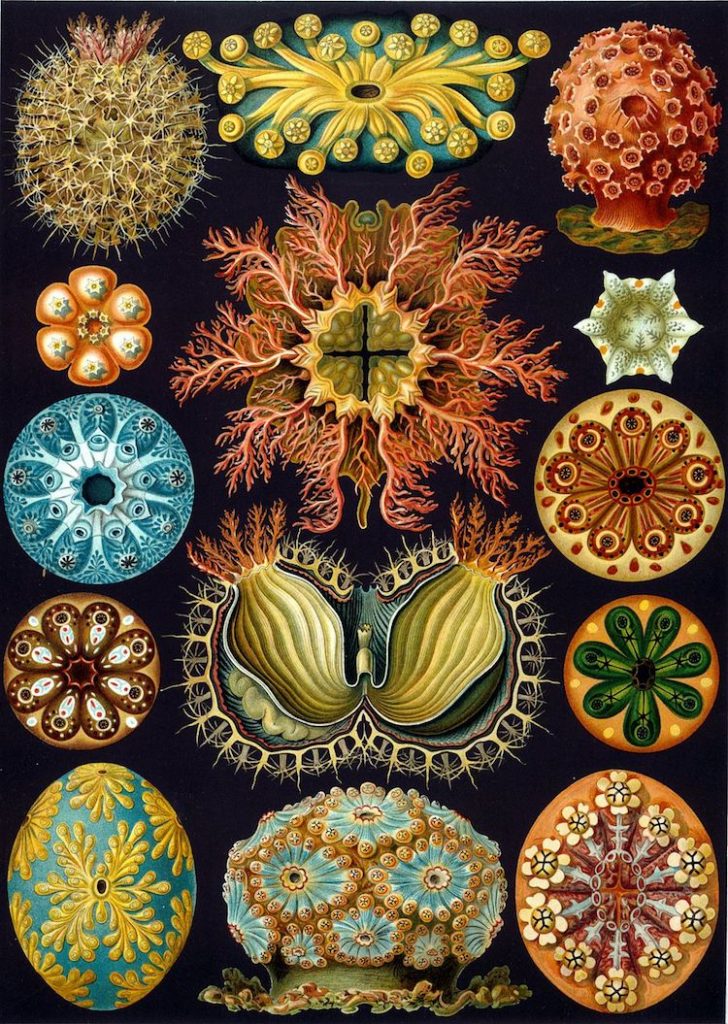 The Morbid Anatomy Library, used by students, scholars, and the casual visitor, contains an extensive collection of books related to art, medicine, and death. Looking for more information on medical moulage, which remains in practice to this day? There are several books here. Phrenology? Of course! And this is the place to discover how zoologists like Ernst Haeckel merged science with art. Paging through his books, the reader sees Haeckel’s depictions of underwater creatures—prized by early 20th century scientists and today’s Etsy buyers alike—and cannot help but detect a decided Art Nouveau aesthetic. One might be perplexed to see books on surrealism in this collection but writer André Breton, the founder of surrealism, was a doctor during WWI who treated dying soldiers. There’s also artists like René Magritte, whose painting “The Menaced Assassin” was inspired by the 1913 crime series Fantomas. As reflected in their works, and this creatively curated collection, many surrealists had brushes with death, real or imagined. 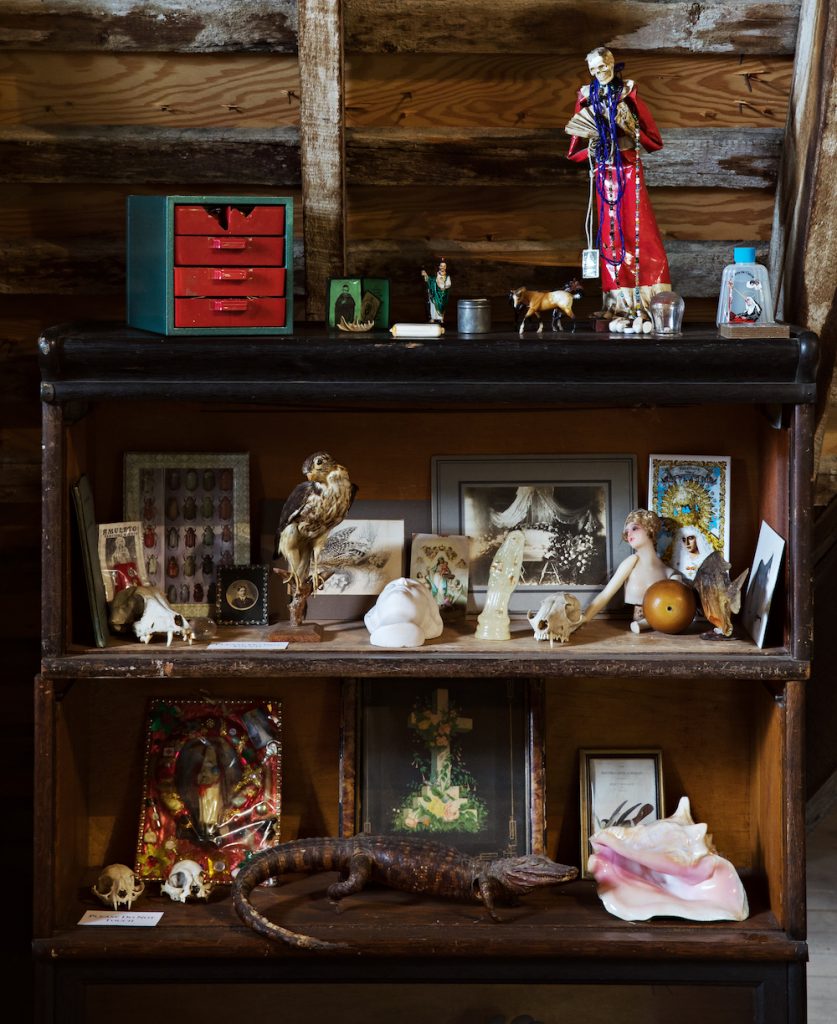 Although the Museum and Library has downsized from its previous three-story building in Gowanus, the new space in Green-Wood seems particularly suited to ongoing programming and activities. Morbid Anatomy occupies the two floors of the landmarked and once abandoned 1870s gatehouse, at the Fort Hamilton Parkway entrance. The upstairs attic holds their vast collection of books, available to visitors and researchers, and the first floor, once a lounge for mourners, is now the Museum’s dedicated gallery space.

The current exhibition, “Ladies of Sorrow: A Visual Exploration of Grief and Femininity,” spans several centuries and features mourning mages, like the sumptuously attired grieving Madonnas of Italian ecclesiastical statuary. These are juxtaposed with a Givenchy-attired Jacqueline Kennedy, attending her husband’s funeral. Mixed among them are objects from the Victorian era, a high point in the history of mourning and fashion. There are boxes of mourning pins, popular stereoviews of grieving widows, and even prescriptive literature on how to mourn in the correct way.

One would be remiss not to mention Morbid Anatomy’s off-site programming. Frequently called on by medical museums such as the Mutter in Philadelphia and the Vrolik in Amsterdam for public programming, the Morbid Academy also produces and co-produces workshops of their own design. They were the first New Yorkers to introduce workshops in anthropomorphic taxidermy, for instance—the practice of assembling taxidermied animals in artistic dioramas engaged in activities generally undertaken by humans. One such workshop had a waiting list of 650!

The Morbid Anatomy Library and Museum is open Saturdays and Sundays from 11:30am to 4:30pm. For more information, go to morbidanatomy.org.

Patricia Wadsley is a New York based writer who writes frequently about the city. She formerly created public programs for museums.