On Jan. 19, writer and consummate New Yorker Fran Lebowitz left her Manhattan comforts for an evening of topical conversation with friend Martin Scorsese in front of a full house at the Brooklyn Academy of Music. 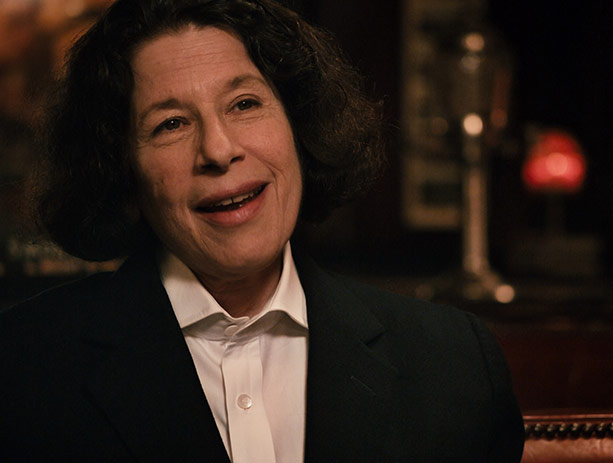 The night played something as a live follow-up to Scorsese’s 2010 HBO documentary on Fran, Public Speaking, with Scorsese asking questions and offering topics for Fran to discuss. She recounted many stories from her past along with her opinions on New York – Brooklyn is different from Manhattan because “It’s further away” – politics, the South, New York University, aging, art, and, of course, her ardent advocacy for smoking. Here, sound bites of the evening’s talk.

“To me there are two reasons not to have horses [in Central Park]. One, it’s unfair to the horses. And two, the tourists love it. To me they should load up all the tourists into the last horse carriages and ride them out.”

“There’s one advantage [to living nearby]. You know everything…. I mean I still don’t know algebra. But everything I’m capable of learning I know now…. But it makes hearing other people talking much more annoying. I happen to live in NYUistan. The worst thing is overhearing the conversation of these kids. I walk around and I feel like saying 150 times a day, ‘No! That’s not what’s going to happen’.”

“I don’t believe in second-hand smoke. I mean I believe there is smoke because I can see it, but I actually do not believe second-hand smoke kills. First of all, I have known people who have died of everything possible, including smoking, first-hand smoke. But I have never known anyone dying of someone else smoking. Which is how they get everyone to stop. It’s a scam. It’s law by tattletales….There’s one thing I know, I’m outside all the time. No one gets more fresh air than a New York City smoker.”

“That’s what we hear about [today] is the prices. You go to an auction. Out comes a Picasso, dead silence. Once the hammer comes down on the price: applause. So, we live in a world where they applaud the price and not the Picasso.”

Uncover more stories like this and be the first to know about new talks, seminars and discussions in NYC by joining the Thoughtlectual community at no cost. Click here to join.