ThoughtGallery.org > Curator's Picks > Art > Review: A Night in the Spotlight at the Museum of the City of New York

Review: A Night in the Spotlight at the Museum of the City of New York

It was, “an evening of three acts,” as described by Commissioner Katherine Oliver of the Mayor’s Office of Media and Entertainment at The Museum of the City of New York’s talk “Spotlight on Broadway: New York’s Theater Design and Architecture.” 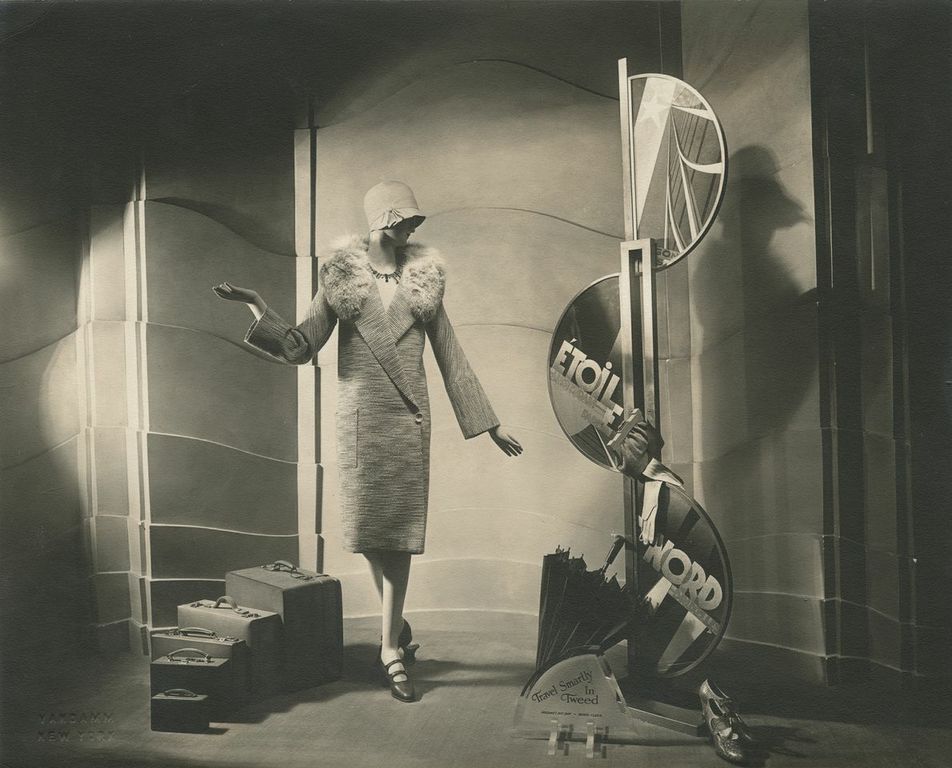 Futurist industrial designer Norman Bel Geddes was dubbed by the New York Times as, “the Leonardo da Vinci of the 20th century. MCNY

The night’s first act starred Donald Albrecht, the museum’s curator of architecture and design, who took the audience back to the future through MCNY’s exhibit chronicling the life and work of the multifaceted and futurist industrial designer, Norman Bel Geddes. Dubbed by the New York Times as, “the Leonardo da Vinci of the 20th century,” Bel Geddes’s impact on the American way of life is nothing short of indelible, though is sadly now, grossly forgotten–something Albrecht is working to remedy with this exhibit.

Where It All Began

Bel Geddes’s career started in the theatre in the early 20th century, and it was here that he found a place for his grandiose ambitions and ideas, applying them to dynamic new stages and theatre experiences.

“I was surprised to find he began in the theatre,” Scott Pask said. “I’ve largely known him as an industrial designer.”

The most celebrated of Bel Geddes’s productions was The Miracle (1924) with avant-garde German director and impresario, Max Reinhardt. “He and Reinhardt take the [now demolished] Century Theater and build a Gothic Cathedral in the theatre,” Albrecht said. “They waft the smell of incense in, people sat in pews, there was organ music and when you got there, nuns and monks met you as the usher.”

For one of his final productions in the late 1930s, The Dead End (set in the then dichotomy of slums and wealth on East 53rd Street), Bel Geddes achieved a hyper-realistic scene of the East River by flooding the orchestra pit with water. “Everyone who reviewed it talked about opening-night audiences getting splashed, because the most important people were in the front seats,” Albrecht said.

Among Bel Geddes’s achievements on Broadway, he is credited with being one of the first to use mobile, rolling sets, control boards to adjust the lights and to use a pre-recorded soundtrack. “So much of what he did has become common in Broadway that he is largely forgotten,” Albrecht said; a dubious history he seems to share with George M. Cohan.

The World as His Stage 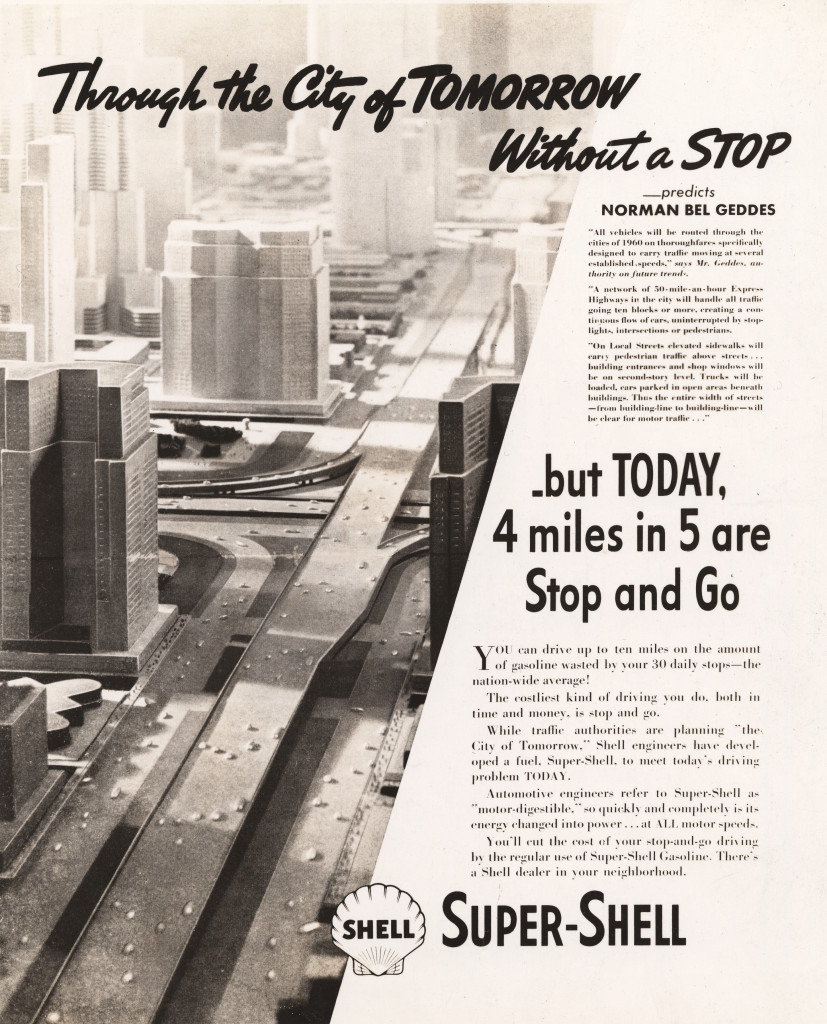 Bel Geddes’s vision of the American city began to take shape as he created Shell Oil’s “City of Tomorrow.” MCNY

Bel Geddes’s most prolific period in design was in the 1930s when he found himself bored with theatre, giving wind to his creativity and a greater impact on America, though never losing his propensity for theatricality.

In this stage of his life, Bel Geddes’s vision of the American city began to take shape, creating Shell Oil’s “City of Tomorrow” (1929) – a concept that grew in scale through the decade and what eventually became his magnum opus: Futurama.

For the 1939-40 World’s Fair, General Motors commissioned Bel Geddes to create a large-scale model envisioning the America of tomorrow. Housed in a building designed exclusively for him, Bel Geddes’s Futurama wasn’t something merely to see, it was an experience of the grandest design.

“You sat down on a seat on a conveyor belt and took a ride around a 35,000 square-foot model of America 1960,” Albrecht said, “and you had a sound system that was geared directly to them and what they saw at that moment. It was a technological marvel…, but what you really saw was the interstate… And when you came to the end of it, you walked onto a double decker street of the future(!)”

Bel Geddes wasn’t the first to propose the interstate concept, but he was certainly the one who sold it to America. As Albrecht put it, “He really predicted it in the most compelling way by theatricalizing it and putting the story of America into a narrative.” 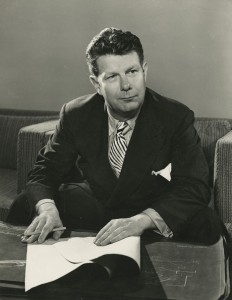 With American taste gravitating away from Steamline and into Modernism in the 1940s, much of Bel Geddes’s work went unrealized. Among some of his large-scale projects were a retractable roof stadium for the then Brooklyn Dodgers stadium and a tropical climate home with retractable walls.

When Bel Geddes died at the age of 65 in 1957, he had not written the story of his own life nor was he known for the creation of one specific product. This is one of the main reasons, Albrecht says, that his efforts and achievements fell into obscurity.

“[He] never designed a product that was so ubiquitous. His most important thing was ephemeral, which was the World’s Fair. It was like theatre. It was only up for two years and then disappeared.”

Bel Geddes was certainly a man ahead of his time yet the perfect man for his time, striving to bring his vision of the future to his today. He was a dreamer who saw the world as a stage in which to build his set, favoring theatricality and grandeur over practicality. Norman Bel Geddes had seen and shared the future.

Spotlight on Broadway, a video series created by the Mayor’s Office of Media and Entertainment, chronicles each of Broadway’s 40 New York theaters.

“We look at the theaters themselves and their still images,” said Katherine Oliver, the commissioner of the Mayor’s Office of Media and Entertainment. “We also break it down by careers and the different roles people play, on stage and off, and it really provides an oral history and solutes the great work of the unions and the guilds in the city.”

Part of the video project includes a new map detailing each theater within the Theater District, which will be permanently installed in Duffy Square during Christmas week. This new project aims to inspire even the most seasoned of Broadway-goers to experience each theater in a new way.

“When you deal with a classic American musical you are dealing with the memory of it and you have to start there,” Paulus said. “You have to learn not only about the production element but what it meant to audiences. You can go back and just do exactly what happened and it won’t feel the same way because we’re in a different world.”

Pask’s approach, he revealed, is different. “Of all the revivals I’ve done, I’ve never seen the original… It’s important to me [that] I see it through a clear lens, and the lens of contemporary culture and contemporary politics… For me it’s important that they take all those considerations to an important level in a recreation.”

Paulus, who is revered for her revivals, still looks to the audience for its effect. “My happiest moment in doing a revival is when I talk to a young person [who doesn’t know it was a revival] and they think the show was written for them.”