As they enter the seasonal gift-buying whirl, it’s easy for native New Yorkers to overlook museum stores. Big mistake. In the last few years, cultural institutions have really stepped up their retailing game, with shops that are virtually standalone destinations (some even keep hours outside their parent museum’s, especially during the holidays). Herewith, a synopsis of some of the key emporia that can help you celebrate the holidays—and simultaneously support the arts. (Check out our complete holiday gift guide for 2014 here.) 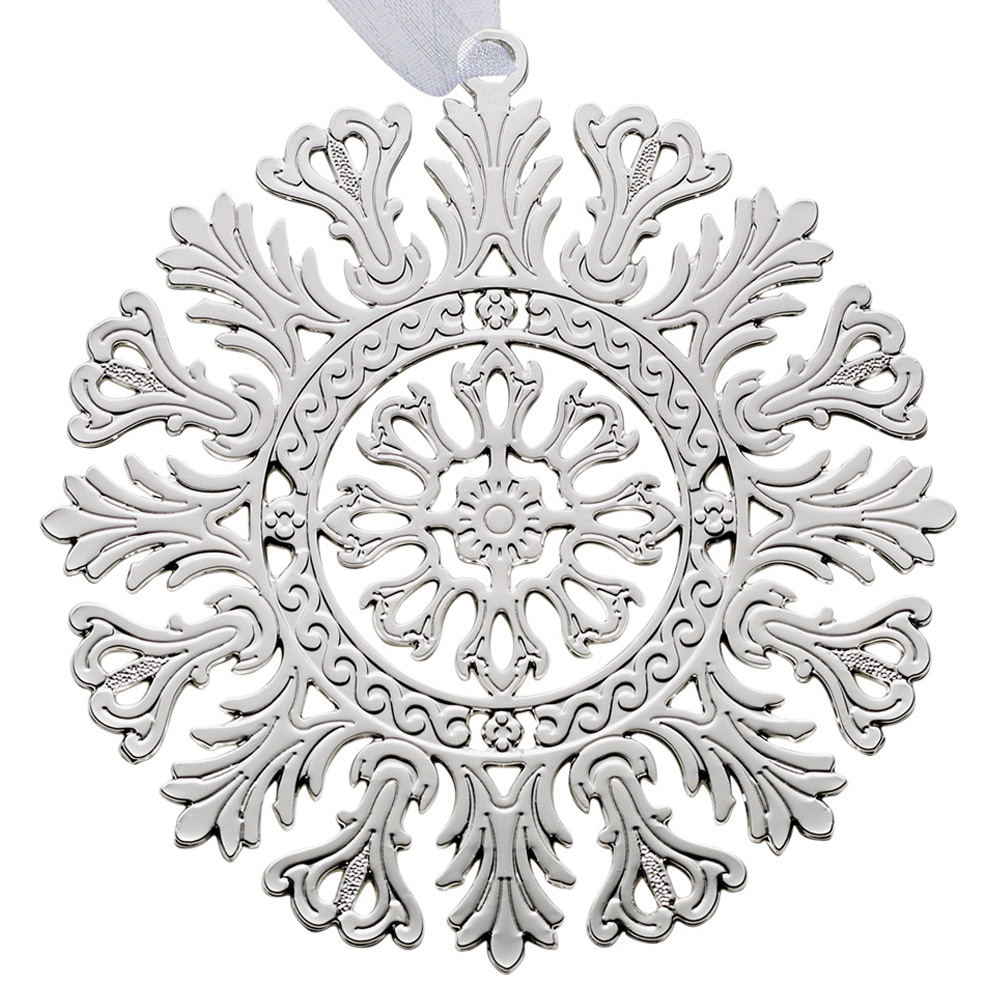 Between its main store in its Fifth Avenue home, branches in Rockefeller Center, the Cloisters and New York/New Jersey area airports, the Metropolitan Museum of Art carries over 8,500 types of merchandise, making it one of the biggest museum retailers in town—not to mention one of the oldest (it began offering reproductions of artworks almost as soon as it opened its doors in 1870). The majority of the items are unique, developed internally by the museum’s own design division. By definition, products have to relate to its permanent collection—either as an outright duplication (for example, a copy of the clock that hung in designer Louis Comfort Tiffany’s home) or as an adaptation—taking a pattern or image and executing it in a different medium, as, say, a shawl or tie that uses one of Arts & Crafts designer William Morris’ wallpaper prints. Particularly popular this time of year are the annual silver Snowflake Ornaments, a tradition since 1971. Each edition is based on a design or image from something in the Met’s collection; the 2014 snowflake ($40, silver-plated; $195, sterling silver) is based on upholstery on an 1837 Duncan Phyfe chair. 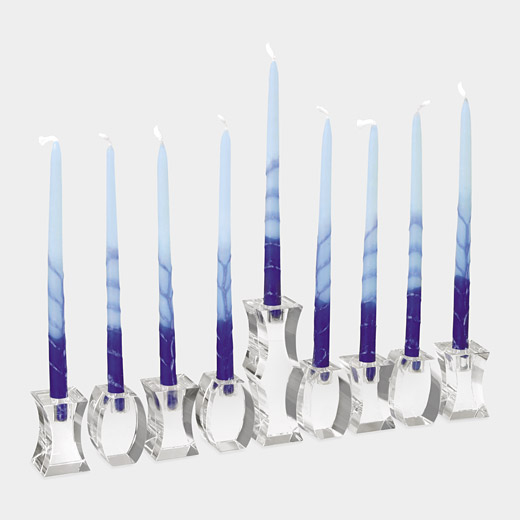 While The Met revels in repros, the Museum of Modern Art—another big player on the store scene, with its on-site flagship boutique, as well as freestanding Design Stores across the street and in SoHo—takes the opposite approach. Only about a quarter of its stock is directly connected to exhibits or the permanent collection. Instead, the MoMA Store considers itself a design shop, with a merchandising team that travels the world, seeking out furniture, furnishings and personal items—some serious, some quirky—that are both practical and visually pleasing. The results are often innovative yet enduring icons of style. Although of course the museum connection remains: Along with being vetted by curators, the items reflect MoMA’s mission to educate the public about modern art and design. The store’s Flexus Menorah ($135), designed by a father-daughter team, actually consists of several glass pieces; they can be displayed together during Hanukkah, and separated to serve as individual candleholders the rest of the year. 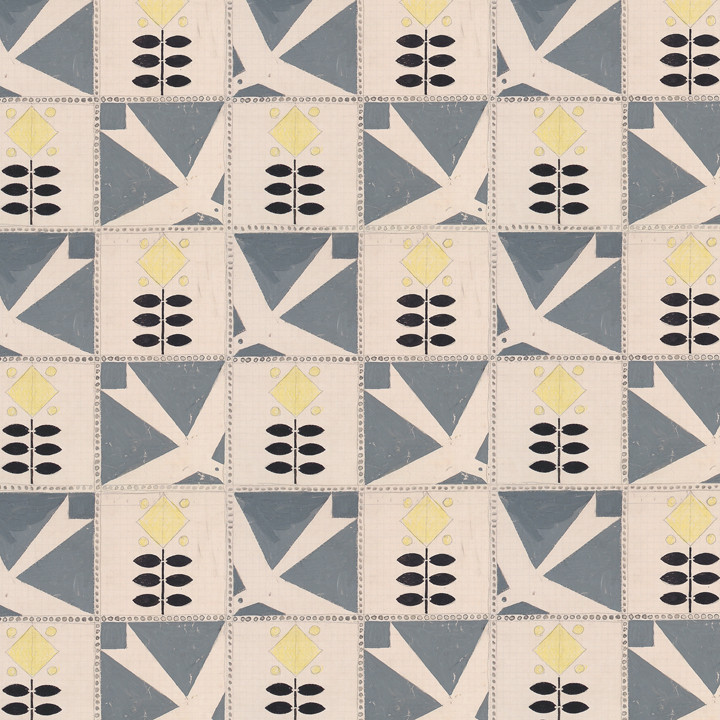 If the Met and MoMA stores are the philharmonics of museum retailing, the Neue Galerie is a chamber orchestra. The inventory is small but choice—extremely choice, with many items (some of which are made to order) running in the three and four figures. Like the Met, the Neue Galerie embraces reproductions, of the best kind: imitations of the tableware, jewelry, textiles and housewares created by the early-20th-century Austrian and German designers to which the museum is devoted. For example, its Rundes Modell cutlery, recreated by Alessi, looks as fresh today as it did when Josef Hoffmann designed it in 1906-07. This year, shoppers can adorn their presents with wrapping paper based on turn-of-the-20th-century designs by Hoffmann and Koloman Moser ($28)—all in the spirit of the Secessionist, Wiener Werkstätte and Bauhaus artists who felt every aspect of life should contribute to an aesthetic environment. Speaking of which: The store displays its objets in the powder room and its books in the library of the 1914 Beaux Arts mansion the museum calls home. 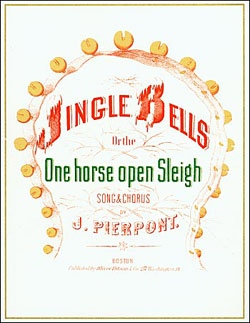 Another historic home provides much of the charm of The Morgan Shop at the Morgan Library & Museum, which occupies two of the original rooms of the famed financier’s family manse—a music room, adorned with gilt moldings, marble fireplaces and two mirrors facing each other, and an adjoining chamber brightened with bay windows (a pretty picture, when glimpsed from the residential side street they overlook). Everything in the shop relates to the museum’s collection, and since Pierpont Morgan collected everything from geodes to Gutenberg Bibles, this makes for a pretty eclectic mix of merch: definitive monographs, Shakespearean folio-like leather notebooks, and stationery are big, as is anything with the impressively paneled library’s image on it. Prints and first editions are the museum’s specialty, though, and this year’s selection of holiday cards includes facsimiles of the 1859 cover sheet of “Jingle Bells, or, the One Horse Open Sleigh” ($20 per box) and a meticulous drawing of American Holly from an 1855 tome, The North American Sylva. You may not have Morgan’s fortune, but you can take a part of his collection with you. 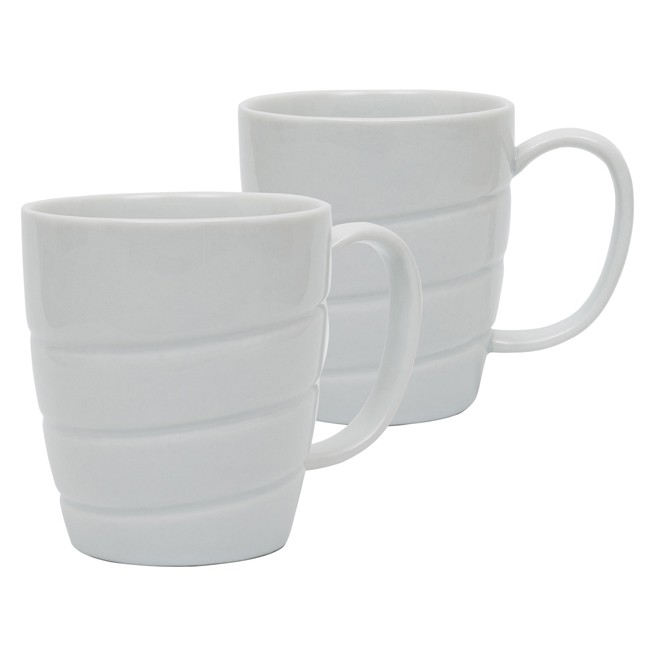 Giving people a chance to claim a bit of the institution is also the aim of the Guggenheim Museum Store. Located at the base of the Solomon R. Guggenheim Museum’s smaller rotunda (look up to see its spiral), the shop greets visitors with dozens of colorful mobiles, evocative of the designs of Alexander Calder. The inventory abounds in contemporary art and handmade goods that connect with the Guggenheim’s clean, fresh, cutting-edge identity. Still, the core products are logo-based, or evocative of the museum’s most famous possession: its own building. Decorate that holiday table with white porcelain spiral mugs ($32 a pair), a sugar/creamer set ($20), salt and pepper shakers ($18 per pair) or a teapot ($45) that evoke the famed rotunda or, if you really want to go for it, a hand-etched crystal vase by Varisco that corkscrews dramatically in an open design ($1,600). 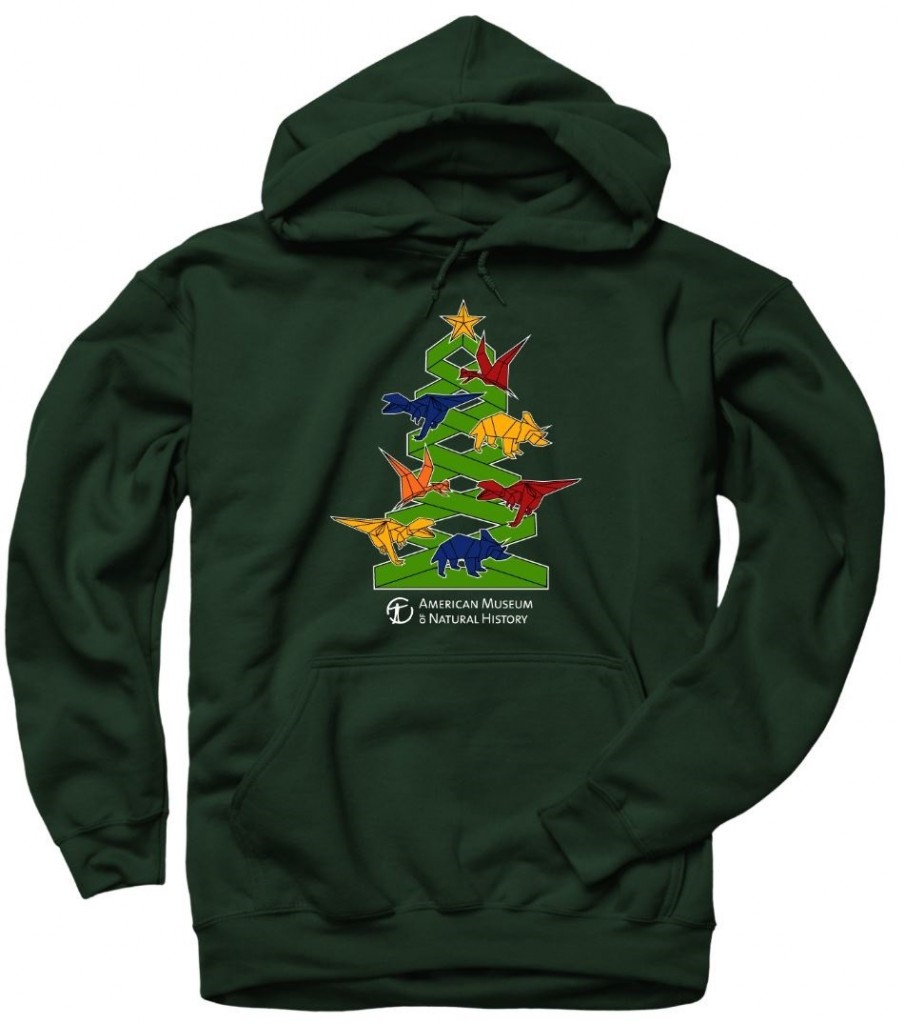 While most museum stores carry a mix of merchandise, their collections tend to reflect their parent institution’s specialties. The American Museum of Natural History even divides its retail outlets by branches of science (the Cosmic Shop, the DinoStore). Its bazaar-like trilevel flagship, off the main lobby, carries everything from sake carafes to chemistry sets. With bronze pteranodon skeleton mobiles flying over the stairway with a vertebrae railing, the shop seems especially dedicated to delighting children, with ingenious items they’ll find either educational (translucent Magna-Tiles building blocks), intellectual (a book of Theodore Roosevelt Quotes & Wisdom) or fun (packets of freeze-dried astronaut ice cream). Images of the famed Origami Tree that graces the museum’s lobby each December adorn hoodies ($39.99) and travel mugs ($12.99). 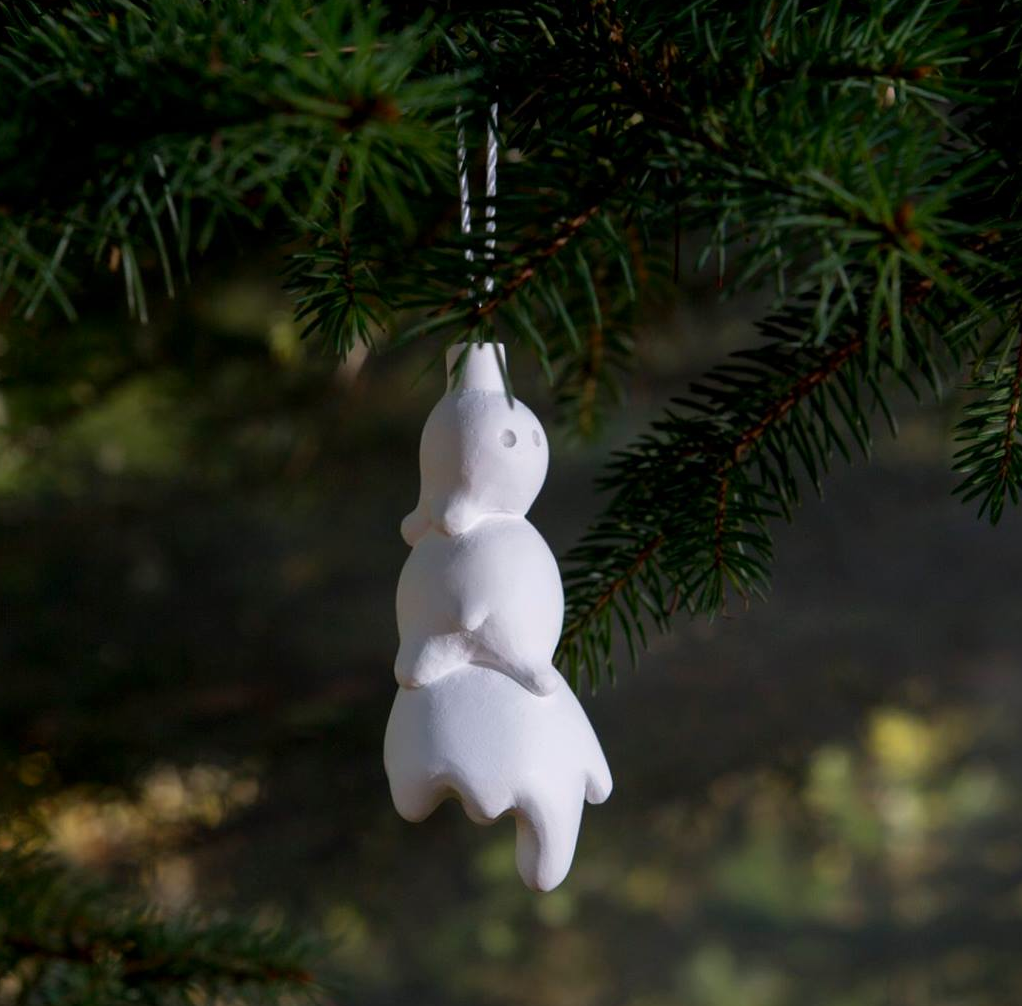 The New Museum specializes in the work of living artists, often with pieces calculated to cause comment. The items carried by its store, separated from the rest of the stark white lobby by an undulating, silver-metal mesh bookcase, also can be provocative—from necklaces that spell out “I faked it” in gold-plated letters to bullet pens housed in actual H & H magnum shells to a set of paper coffee cups, similar to those used in old-fashioned Greek delis, with a scene of Sapphic love adapted from an Attic vase. Lest you get the wrong idea, the intimate store also offers a plentiful array of art books and art film DVDs. Trim the tree with a touch of wit and a melting snowman or a broken glass globe ornament, both of white gypsum cement ($45), by the Brooklyn design collaborative Snarkitecture. We have an exclusive New Museum shop promo code here. 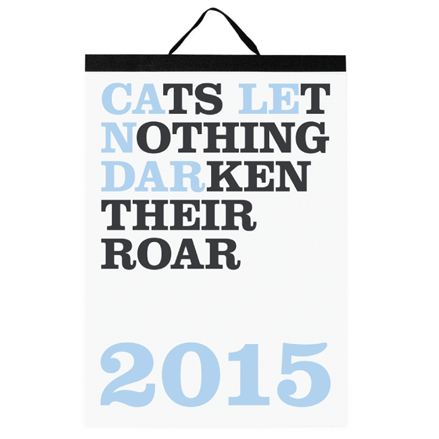 The recently reopened Cooper-Hewitt, the Smithsonian Design Museum, celebrates the decorative—both historic and contemporary—in media ranging from textiles to tempura. (Its home, the manse of Andrew Carnegie, was quite avant-garde for 1899: it was the first private residence to have a steel structure, a central heating and cooling system, and an elevator.) Naturally, the shop celebrates innovation, with a variety of objects that bring good design into everyday life. Among its offerings is the unique limited edition Cats Let Nothing Darken Their Roar Calendar ($45). The letters spelling each month can be found amongst the odd, quirky phrases and subtle color palette decorating each page. Get a Cooper-Hewitt discount code here. 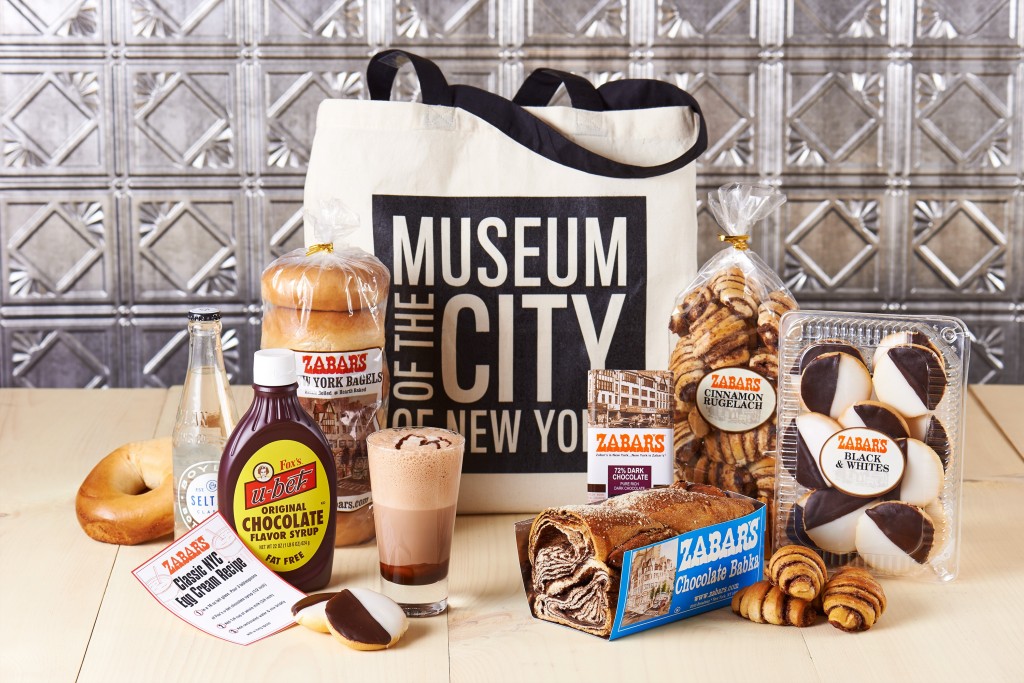 In the Museum of the City of New York shop, almost everything has a New York theme—past, present and future, which is what the museum celebrates. That includes magnets with images drawn from the 100,000-plus vintage photos in the collection, jewelry by NYC artisans, and even foodstuffs like classic pickles (from Brooklyn) and North Fork Sea Salt (from Long Island). Recently, the museum teamed up with another NYC institution, Zabar’s, to offer a gift tote ($109) bearing the museum’s logo and full of the famous grocer’s goodies—including bagels, black and white cookies, and the fixings to make authentic egg creams.