ThoughtGallery.org > Featured > The November Calendar: Events for Each Day This Month

The November Calendar: Events for Each Day This Month

Complement your calendar with this cornucopia of offerings—a guide to the top talks, tastings, tours and screenings in New York in November. 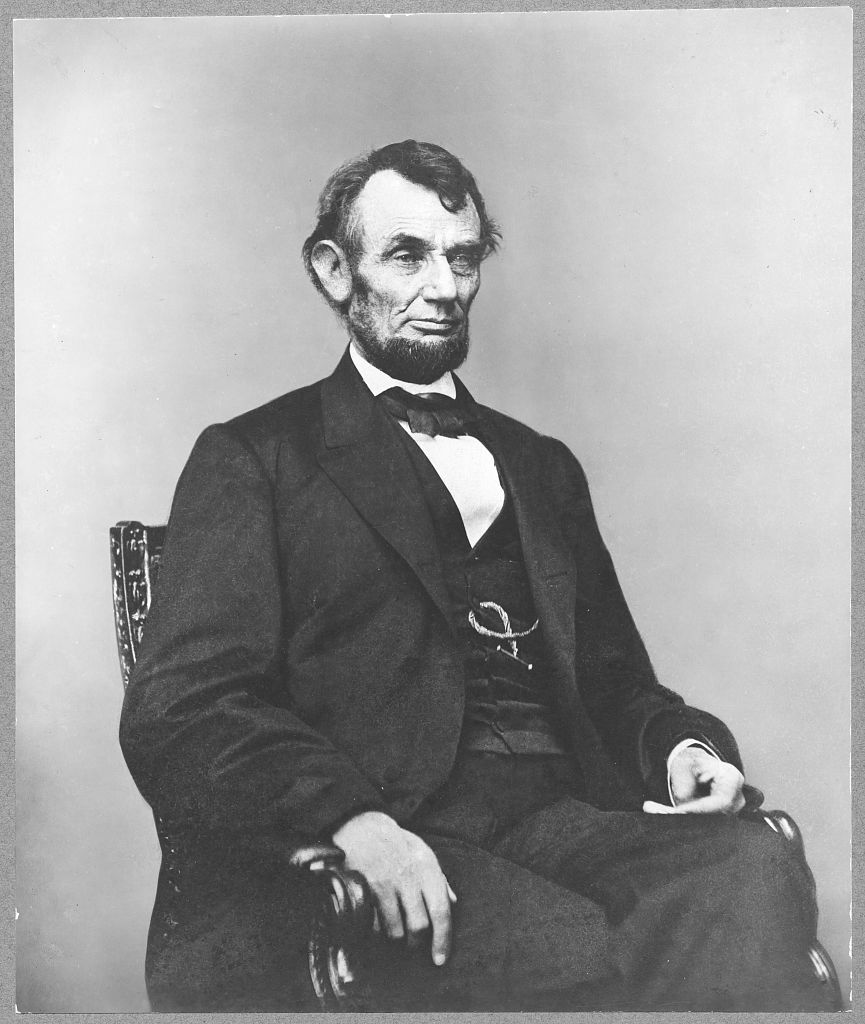 November 5. Learn how Abraham Lincoln dealt with newspapers and their editors during the Civil War (spoiler alert: it was sometimes surprisingly undemocratic) at this New-York Historical Society lecture.

November 6 (& 7). Marvel at the rise and artistic accomplishments of the Assyrian Empire in a two-day series of talks at the Metropolitan Museum of Art.

November 7. You can’t check into the Chelsea Hotel in person during its renovation, but writer Sherill Tippins—who’s written a whole book on the place—takes you on detailed virtual journey inside its walls, at the 92nd Street Y. 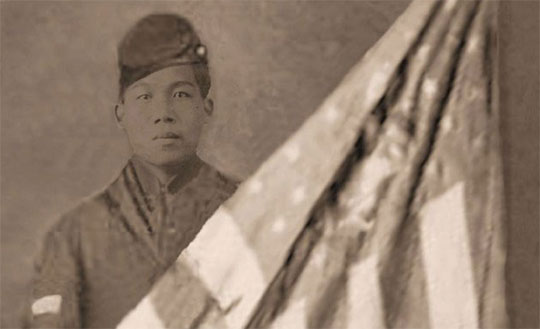 November 8. Hear the amazing-but-true tale of Thomas Sylvanus, aka Ah Yee Way, a runaway Chinese slave who fought for the Union Army during the Civil War, at the Museum of Chinese in America.

November 9. Two authors of works on war—one a former U.S. Marine—discuss the truth, lies and dilemmas facing homecoming veterans, at the Brooklyn Academy of Music (BAM). 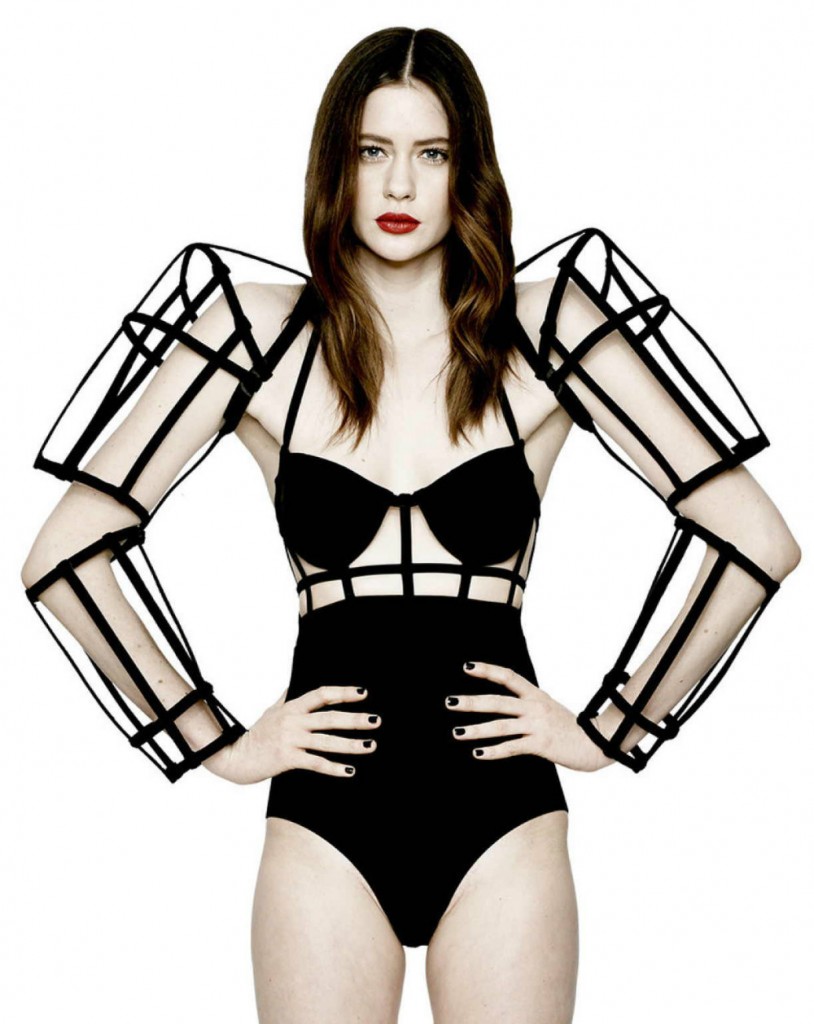 November 10. Get a sense of what it’s like to dress the likes of Beyoncé, Nicki Minaj and Jessica Chastain in this conversation with designer Becca McCharen, founder of the label CHROMAT, at Pratt Institute. 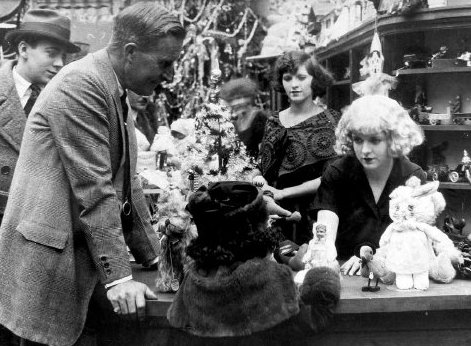 November 12. Play ball with Bill Giles, chairman and co-owner of the Philadelphia Phillies, who talks about his lifelong relationship with the Great American Pastime, at the Bergino Baseball Clubhouse.

November 13. Learn about the challenges facing artisans today—how the handmade survives in a mass-production world—at this Museum at the Fashion Institute of Technology panel discussion. 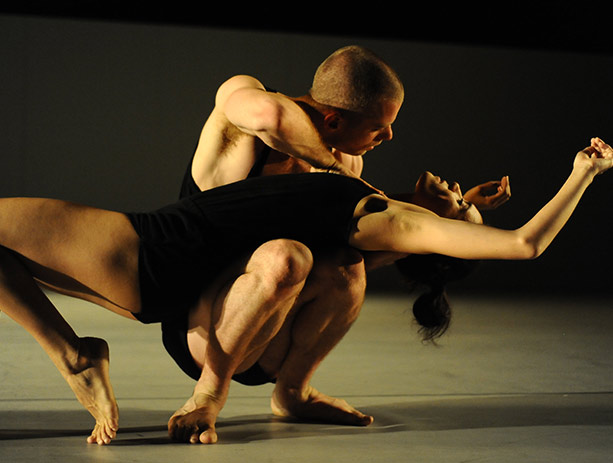 November 14. Get into position to listen as Ohad Naharin, the artistic director of the Batsheva Dance Company, discusses the troupe’s relationship with the Brooklyn Academy of Music (BAM), where it’s currently performing.

November 15. Get your fine-art fix with New York Gallery Tours’ themed trek of gay and lesbian artists’ work currently on display in Chelsea.

November 16. Celebrate the young and talented at this performance by Julliard dance students, doing excerpts from innovative works while the choreographers comment, at the Guggenheim Museum.

November 17. Hear about Ludwig von Beethoven’s formative years, and how they affected the course of his career, at the 92nd Street Y. 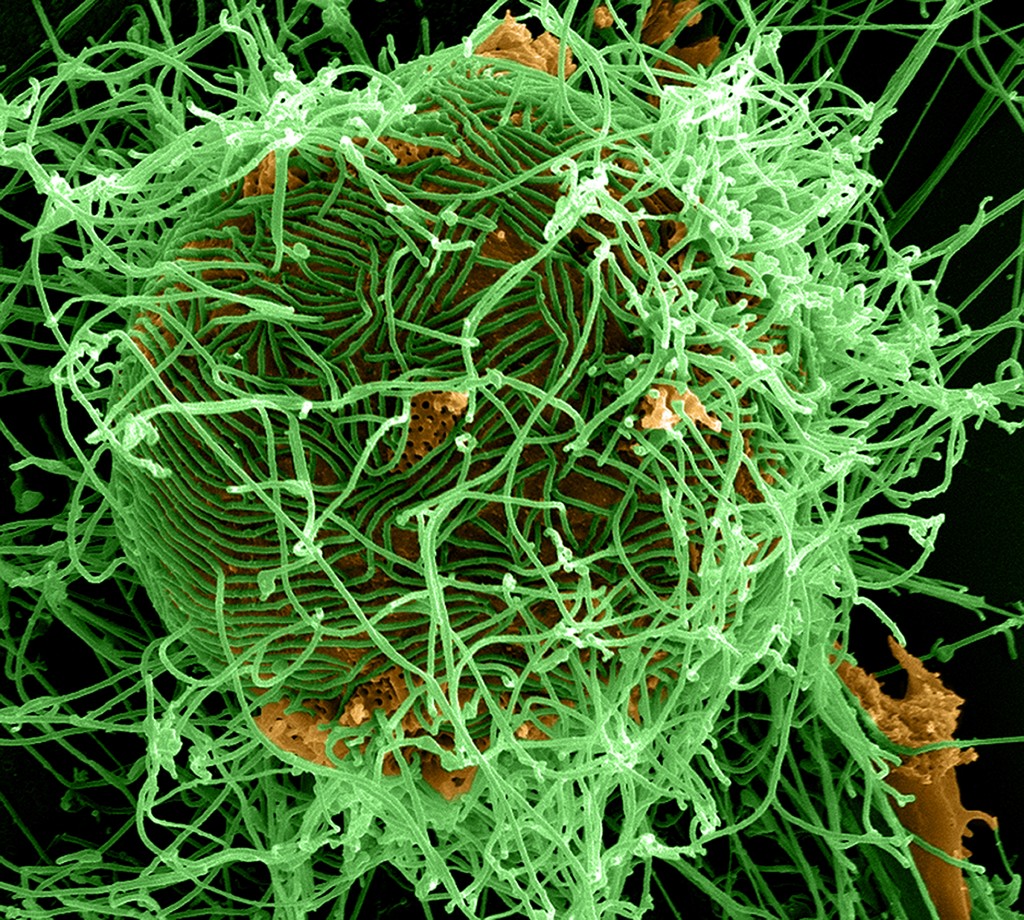 November 18. Receive a crash-course in hospitals’ readiness to deal with Ebola and other contagious disease outbreaks, with this panel discussion sponsored by the Center for Architecture. 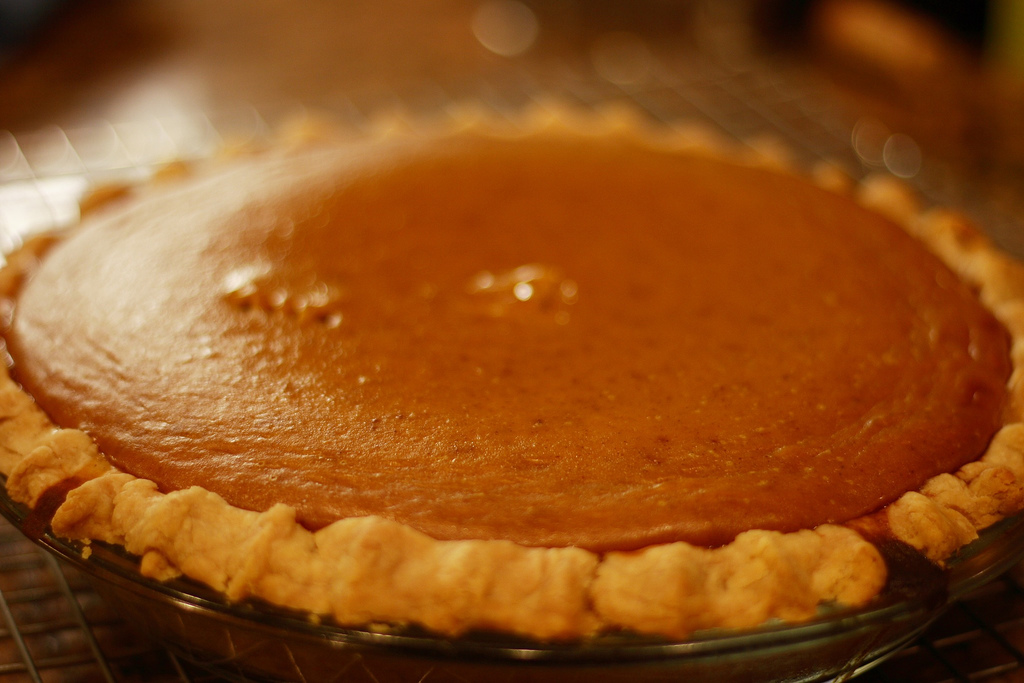 November 19. ’Tis the season to talk turkey—and seasonal desserts. The Masters of Social Gastronomy trace the history of apple and pumpkin pies, and how to bake superlative ones.

November 20. Learn why sherry is actually “The Wine World’s Best Kept Secret,” as told by Punch editor-in-chief Talia Baiocchi—who’s throwing a tasting to prove it, at the 92nd Street Y.

November 21. Hear Bach’s The Goldberg Variations as he wanted them to be played, but seldom are—on a double manual (an instrument that has two keyboards). Christopher Taylor does double duty on the ivories, at the Metropolitan Museum of Art.

November 22. Gain insight into the life, times and work of photographer Horace Poolaw (1906–1984), whose pictures provided a unique glimpse into the day-to-day experiences of his fellow Native Americans from the Plains tribes, at the National Museum of the American Indian. 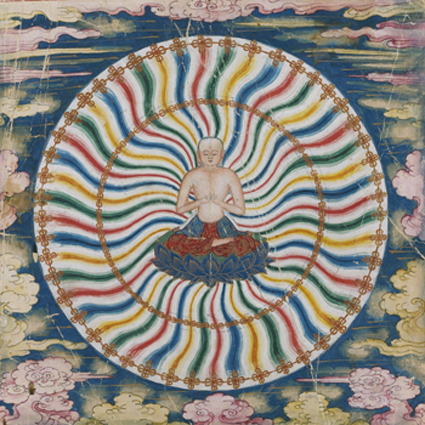 November 23. Take an artistic hike through the Himalayas, exploring the scrolls, statues and other artworks characteristic of this Asian region, on a special family-oriented tour at the Rubin Museum of Art.

November 24. Thrill to the real-life rescue of three rare manuscripts from the Nazis’ razing of the Vilna Ghetto, at the YIVO Institute for Jewish Research. 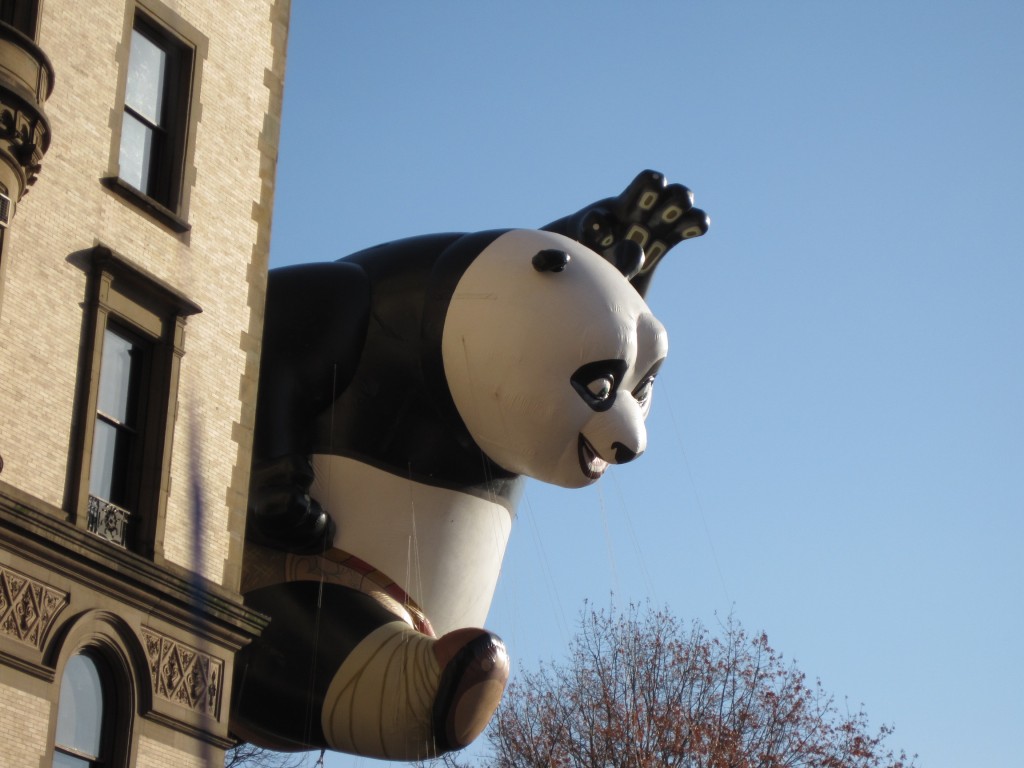 November 27. Before or after giving thanks, drink in the sky-high view of the city from the Empire State Building, which is open 365 days a year.

November 28. Take a curated tour of painter Cy Twombly’s Treatise on the Veil—at 33 feet long, there’s a lot of painting to tour—at the Morgan Library & Museum. 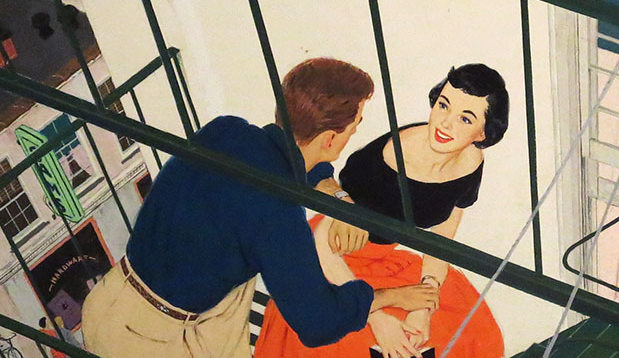 November 29. Inspired by the mid-century images and illustrations in the exhibit Mac Conner: A New York Life, create a vintage-style ad for the Museum of the City of New York.

November 30. Get a jump on your shopping amid the candy cane-colored booths filled with crafts at the Union Square Holiday Market.