ThoughtGallery.org > Featured > Intimates Moments, A Review of Exposed: A History of Lingerie at FIT

Intimates Moments, A Review of Exposed: A History of Lingerie at FIT

The days are dwindling down to a precious few to catch Exposed: A History of Lingerie at the Museum at the Fashion Institute of Technology (FIT). Offering an overview of women’s undergarments—from corsets to camiknickers, peignoirs to thongs—it’s an eye-catching display. 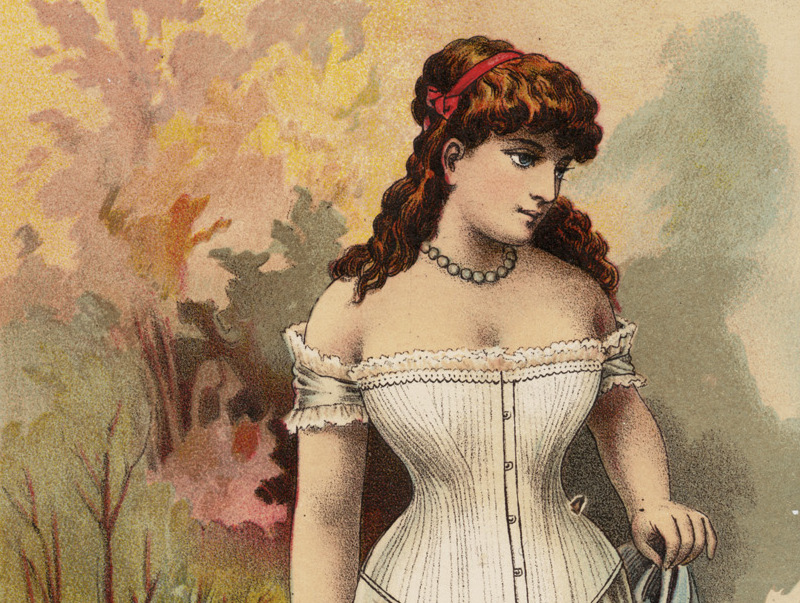 Viewers can gaze at the garments in chronological order, by methodically moving down one side of the L-shaped gallery and then up the other. But glancing between the sides affords a fun, centuries-spanning comparison of old and new—as in a ca. 1770 sky-blue sleeved corset with stays (the oldest piece on display) squared off against a contemporary, cobalt-blue La Perla bra and panty set (the newest) on the opposite wall . Sometimes the show itself juxtaposes antique and modern, arranging a pair of brightly hued 19th-century corsets alongside a 2007 Peter Soronen gown, whose bodice is actually an exposed corset—made using the same vintage techniques.

One of the exhibit’s themes, in fact, is the way underwear keeps creeping out from under—how its shapes and styles appear as, and influence, regular clothing. That may seem a modern concept—think Madonna wearing a Jean Paul Gaultier bustier—but actually the idea goes way back. Around the turn of the century, “lingerie dresses” for summer were composed of the same sheer cottons and lacy fabrics as slips and camisoles. A 1950 Claire McCardell nylon evening dress with a printed floral pattern looks identical to a nylon floral-patterned nightgown, made the same year.

Containing 70-odd pieces drawn from the museum’s collection, the exhibit is more bird’s-eye than comprehensive; sometimes it feels too short for such a fascinating subject. Or maybe not. If anything proves that less is more, it’s lingerie.

Exposed: A History of Lingerie runs through Nov. 15, with a guided tour on Nov. 12. Curator Colleen Hill converses with two members of the Cadolle family, designers of couture lingerie  that’s displayed in the show, on Nov. 6.