Bill Nye: In Facts We Trust

“The Science Guy” comes to the 92nd St. Y to stress education and discuss his new book, Undeniable: Evolution and the Science of Creation. 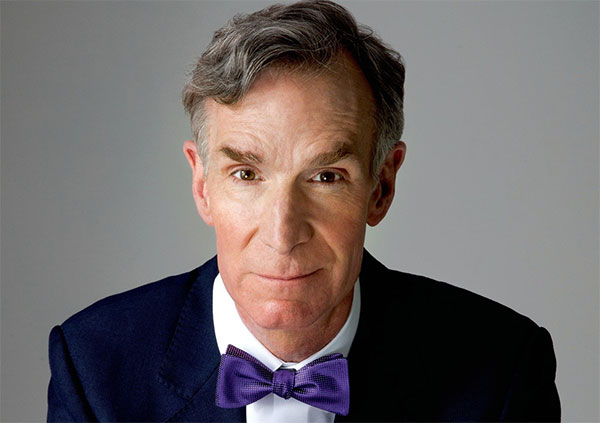 Bill Nye is frustrated that people sometimes just won’t accept the facts. For society to advance, he believes, people have to start thinking critically. The U.S. in particular can’t afford to leave science and technology behind. “Science keeps the U.S. economically ahead,” he says. “As a society dependent on technology, innovations require a scientifically literate society.”

Nye is a celebrity science educator and an icon of American television, the star of his own show, “Bill Nye the Science Guy,” during the 1990s. On Dec 7th he appeared in his trademark bow tie at the 92nd Street Y to promote his new book, Undeniable, co-written with science journalist Corey Powell. CNN journalist Tom Foreman joined Nye in a conversation about the importance of understanding science. “I wrote this book because I wanted to change the world so we can move forward together, better educated, and better to each other,” Nye said.

Nye stressed that in order to progress as a science-literate society, we must look to the past to understand our place in time. He described the approximately 4.5 billion year history of the Earth as a walk from San Diego to Boston where each meter was worth 1,000 years of time. You would get to New York State before you might see some dinosaurs. And people? “All of human history would fit the width of this stage,” he said.

Driving the entire conversation was the controversy surrounding evolution (in February, Nye argued for evolution in a live televised debate with creationist Ken Hamm), which polls show one-third of Americans still do not accept.

For Nye, an adequate science, technology, engineering and math (STEM) education today is the key to a better future. He explained that getting more girls interested in STEM is the best way to curb the world’s exploding population. He offered two suggestions for encouraging the development of STEM skills: teaching algebra sooner so kids get an early exposure to abstract ideas, and paying teachers more in order to get the best people in our classrooms.

And what about people who don’t necessarily want a STEM career? Nye says that scientific literacy doesn’t mean expertise, but letting the facts speak for themselves. “The guys who discovered evolution, Charles Darwin and Alfred Russel Wallace, figured it out without understanding DNA. They just used diligent observation,” he said. Innovation and critical thinking are for everyone, scientist or not.

Nye admitted that evolution is a complex and messy subject that may or may not clash with religion. But if we don’t strive to understand it, he argued, we will never move forward as a nation. And this means being open to new ideas while sticking to the facts.

“You can’t know if there is a deity or multiple deities running things, but the process of evolution is demonstrable. Even the Pope is on board,” he said.