René Redzepi is no stranger to success. As head chef and co-owner of Noma in Copenhagen, Redzepi tasted the sweetest success in the culinary field at just 32 years old, in 2010 when Noma took the No. 1 spot in the World’s 50 Best Restaurants Awards. 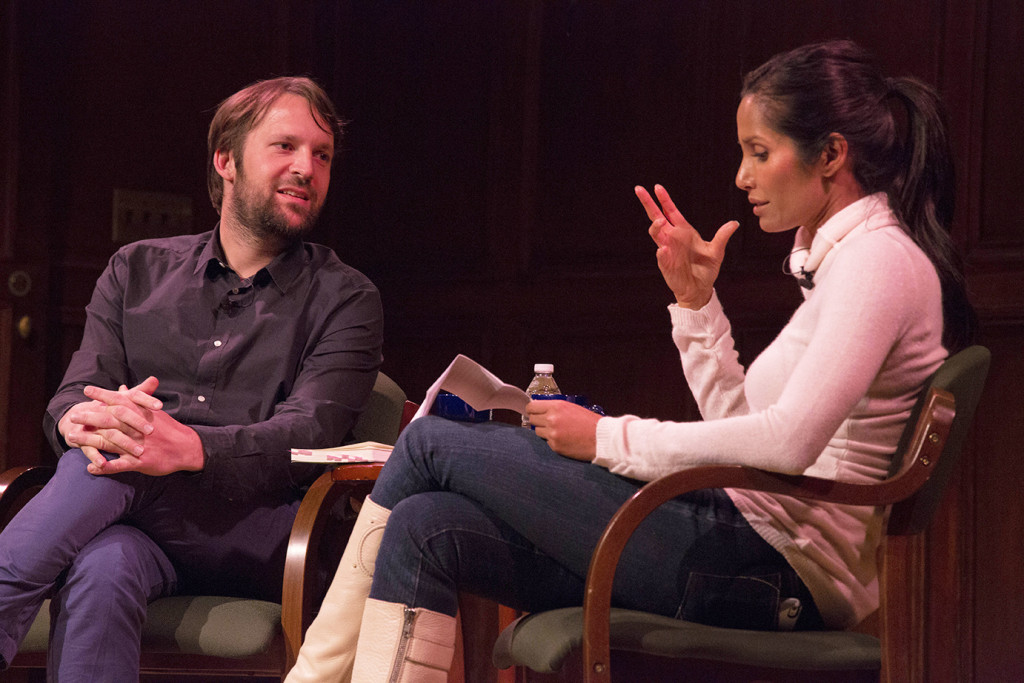 Noma took the top spot again in 2011, and then again in 2012. “Success positively and negatively changes you,” Redzepi said, in conversation with Padma Lakshmi at the 92nd Street Y on Nov. 13. “Nothing is more limiting than success, in a strange way.”

At 32, having reached what many chefs would consider the pinnacle of their career, Redzepi said he felt for the first time like his creativity in the kitchen was stifled, and he felt less joy in his work than he ever had. “Once the mold is set, you don’t want to mess around with it. It’s hard to be creative while you worry that you’re going to cast a shadow on your past accomplishments,” he said. “But then you have to ask yourself, ‘Is the ultimate goal accolades and success, or is it the work itself?”

With that in mind, Redzepi began writing in a journal, where he recorded his most out-of-the-box ideas and explored the concepts of innovation, creativity and success. That journal is the core of Redzepi’s new three-piece collectible set, A Work in Progress, which also includes a cookbook featuring 100 Noma recipes (more of a look book for all but the most adventurous home cooks) and a pocket book featuring Instagram-style snapshots of the influential chef and his team.

On Nov. 13, Redzepi took the stage at the 92nd Street Y to chat with food-world celeb Padma Lakshmi about A Work in Progress and to give audience members a peek behind the scenes at Noma. Through conversation, excerpts from the book and video clips, Redzepi and Lakshmi explored concepts of food, cooking and the creative process. 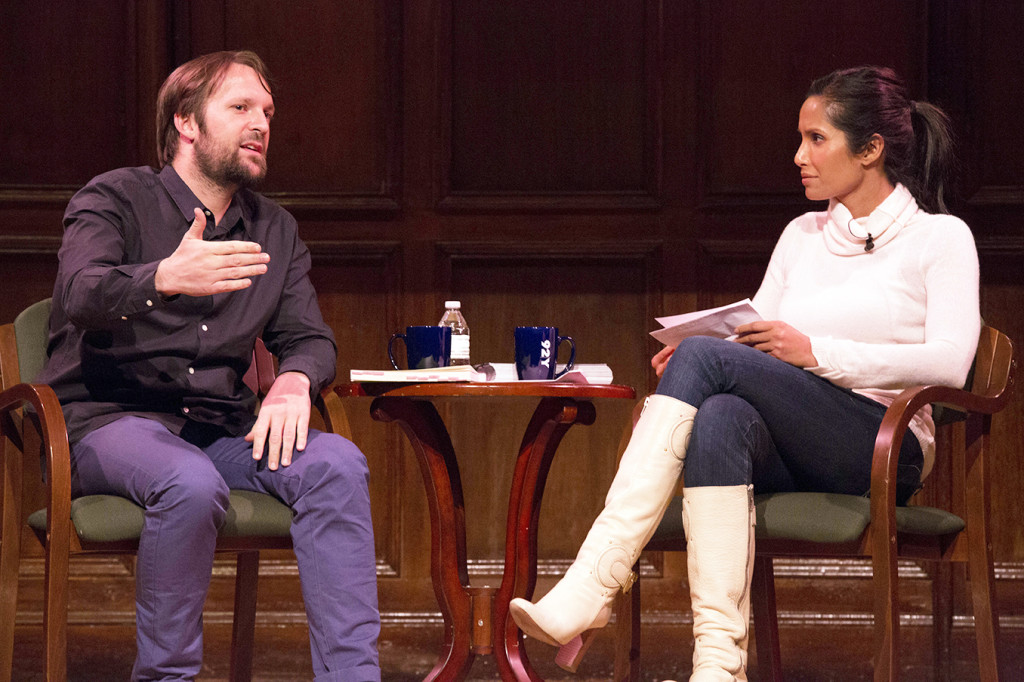 Redzepi’s Noma is known for its inventive Nordic cuisine with a distinctive emphasis on regional specialties. But Redzepi himself was born and spent his early years in Macedonia, where he grew up on an “old school farm,” collecting chestnuts and berries from the fields with other children. “It wasn’t until later that I realized we were foraging,” Redzepi said.

That revelation spurred him to cut out the middle man in his restaurant and connect directly with farmers and foragers in the area. While that approach has garnered him much praise, it hasn’t always meant smooth sailing.

During a particularly sparse time of year, Redzepi remembered the only vegetables available in the restaurant were 3-year-old purple carrots (rather than “old” or “expired,” he opted to call the vegetables “vintage”). All residual instincts from his formal training told Redzepi to throw the carrots away, but with nothing else to work with, he was forced to get creative. He decided to cook the carrots as if they were a piece of Wagyu beef, basting and braising and seasoning until the carrots were transformed into the most decadent vegetable he had ever tasted.

Thus, Redzepi’s method of “trash cooking” was born. The approach has led to many inventive and wonderful creations in the Noma kitchen but also a few flops, such as the time his team tried to make dried brains (Redzepi described them as “horrifying,” and the look on Lakshmi’s face when a video of Noma’s brains-covered kitchen was shown surely echoed that sentiment).

“When you’re searching for new flavors and new ways of looking at things, you will inevitably fail tremendously,” Redzepi said. But it’s clear that the chef willing to take that risk in his quest to constantly present the unexpected.

Another change Redzepi has made at Noma is putting music in the kitchens, which he said “changed the restaurant totally.”

And some additional changes in perspective came once Redzepi began feeding his own children. “My kids made me realize how important food is,” Redzepi said of his 2- and 5-year-old. “Our best family memories are centered around food. When I realized that, it took the edge off in the restaurant and we simplified things. It’s more genuine and honest as opposed to a more cerebral experience.”

Through all of the changes at Noma, through success and failure, one thing hasn’t changed—“To me, food is everything,” Redzepi said. “It’s how I make sense of the world.”

View upcoming lectures and conversations at 92Y by clicking here.

Uncover more stories like this and be the first to know about new lectures at the 92Y and other NYC venues by joining the Thoughtlectual community at no cost. Click here to join.