An outpost from the museum in Stockholm, Sweden, Fotografiska is a sleek new location for seeing photography. At 281 Park Avenue South in the Flatiron District, the six-floor space has three floors of exhibition space, vaulted ceilings, skylights, and a stunning dining room/bar/café. 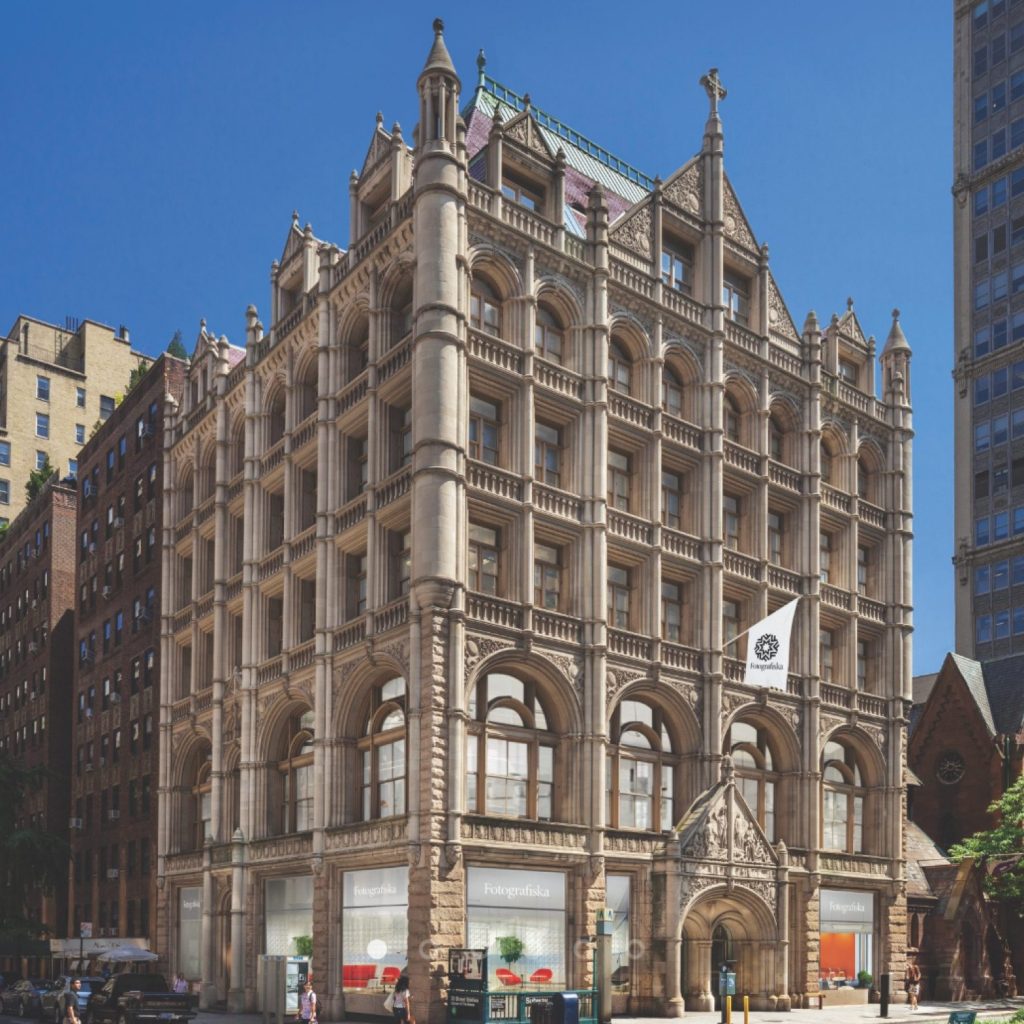 Tawny Chatom takes photographs and adds other elements: paint, digital collage, illustration and gold leaf, sometimes replacing a subject’s eyes with those of another person.

Anastasia Taylor-Lind is an English/Swedish photojournalist whose work looks at issues relating to women, violence and war. Her exhibit documents the lives of women in New York City with looks at mothers, grandmothers, nannies, babysitters, night-nurses and daycare workers.

Fotografiska is an internationally renowned destination for photography. Since opening in 2010, Fotografiska has established itself as a haven of innovation and free expression, where the presentation of photography is powerful, unparalleled and includes over 200 exhibitions to date. The New York location is located at 281 Park Ave. South, fotografiska.com.