ThoughtGallery.org > Featured > The Shed: A New Home for Culture in Hudson Yards

The Shed: A New Home for Culture in Hudson Yards

Among the shiny new skyscrapers and high-end stores dotting Hudson Yards is The Shed, a multi-million dollar arts complex at the heart of the city’s newest neighborhood. As the new space opens its doors to the public for the first time, it’s putting forth an ambitious vision for artistic programming that expands beyond a single discipline—ideally becoming a venue whose work is as flexible as the building that contains it. 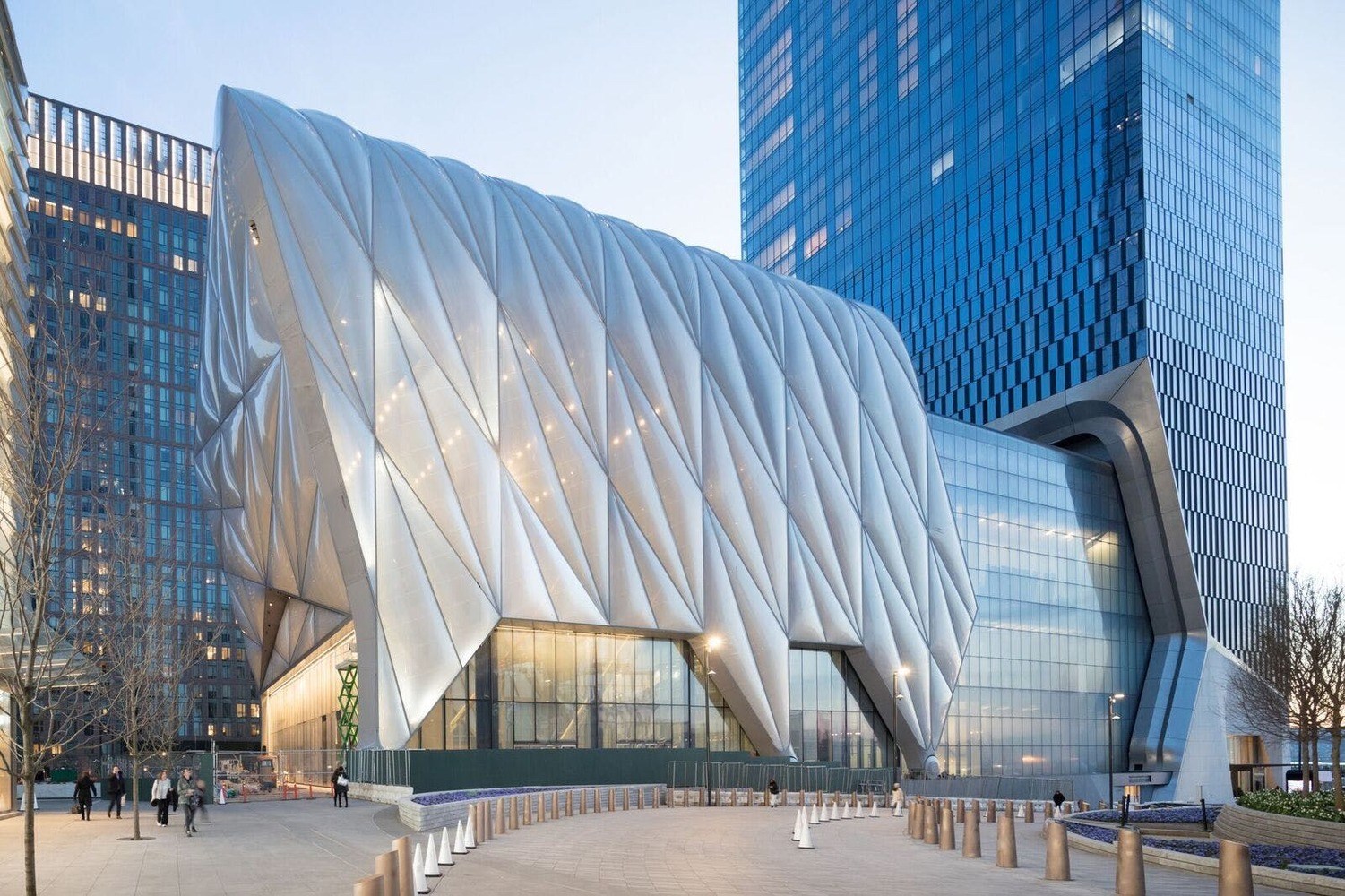 Led by Artistic Director and CEO Alex Poots, The Shed is being positioned as a broadly targeted arts space that commissions original work from artists across disciplines in the visual and performing arts, including theater, dance, music, visual art, and more. At a press event, Poots emphasized his goal of “trying to create parity amongst art forms and audiences,” describing The Shed as “a place for invention, for curiosity, for risk-taking” for “all walks of life.” “We’re trying to create a place… where all artists and audiences can meet,” Poots said. “A place that goes beyond binaries.”

In addition to its regular artistic slate, the educational wing of the cultural complex diversifies these offerings even further. A FlexNYC program dedicated to “dance activism” brings hip hop dance to young New Yorkers, for instance, and a free DIS OBEY program encourages young people to explore themes of protest and resistance through poetry. Chief Civic Program Officer Tamara McCaw said the institution’s residencies have so far reached 700 residents annually, which have gone on to influence the institution’s regular commissions and programming. “As stewards of an independent cultural organization on public-owned land, our civic responsibility is to reflect, respond, and support the diverse communities of New York City, to ensure they have equitable access to cultural activities,” McCaw said.

The Shed’s numerous cultural offerings are supported by the building itself, which was designed by Diller Scofidio + Renfo and the Rockwell Group to put flexibility at the forefront. The building’s architectural centerpiece is its movable outer shell, which will allow the building’s indoor McCourt space, a 17,000 square foot hall that can be expanded even further through the adjoining galleries, to transition to an outdoor public plaza when the shell is rolled back. Other spaces include the Kenneth C. Griffin Theater, a 500-seat theater that can be subdivided into smaller spaces, and two gallery spaces. Architect Elizabeth Diller described the building to reporters as “all muscle, no fat,” and a “perpetual work-in-progress” that will respond to the demands brought on it. “It’s always getting smarter, it’s always getting more agile,” Diller said. “This building will respond … [to] the challenges brought on to it by artists, and hopefully it will challenge artists back.” 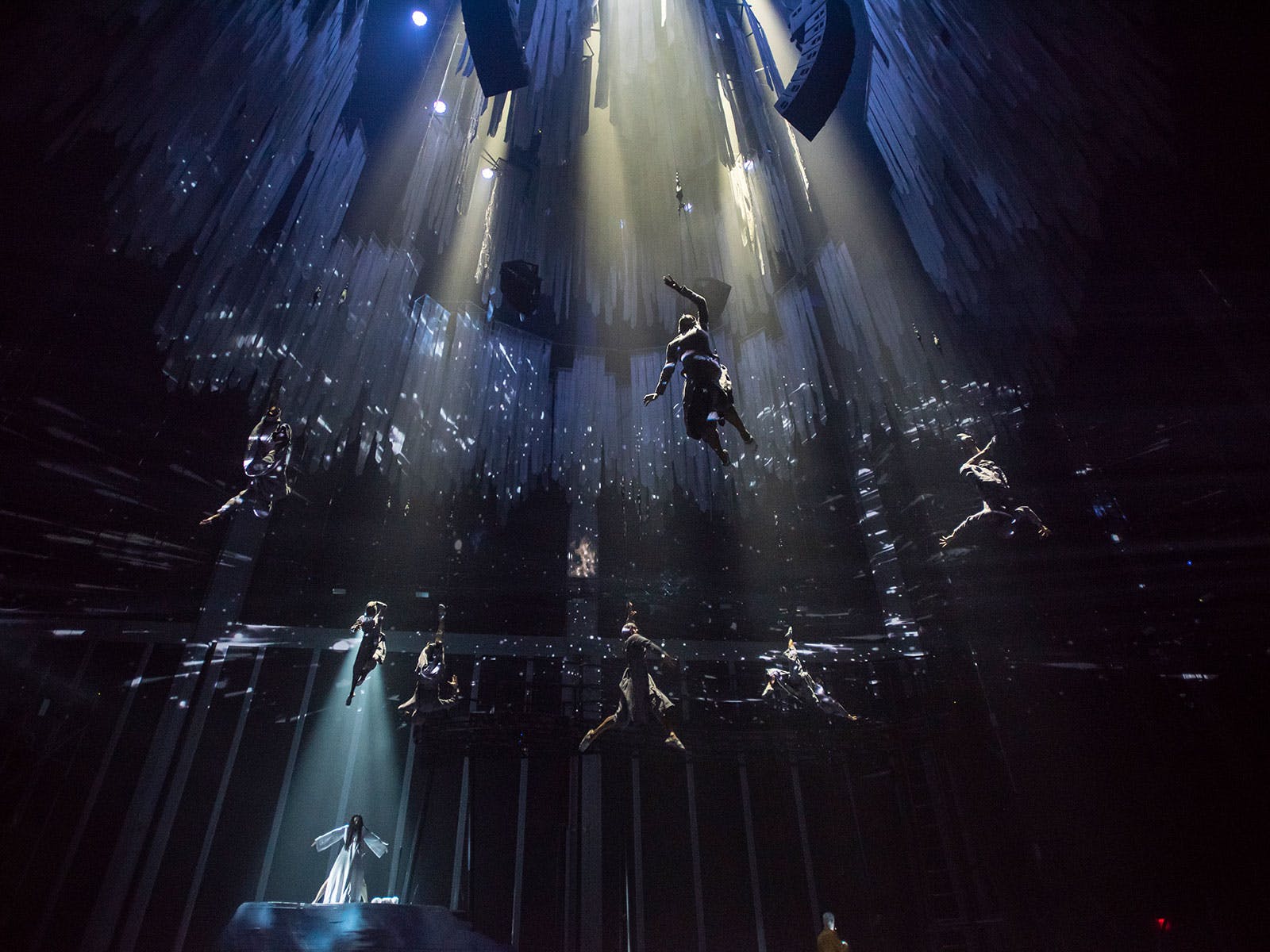 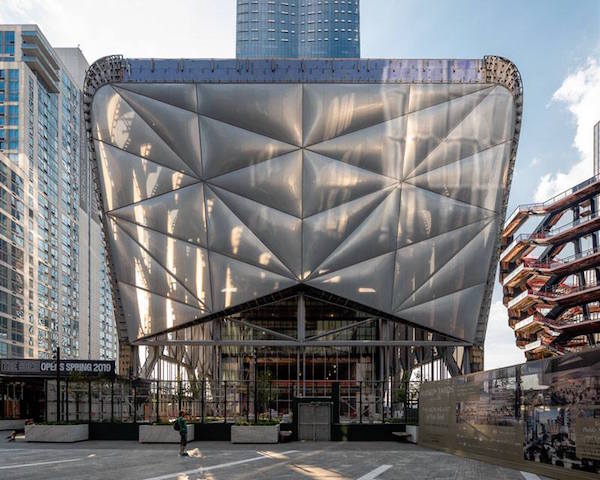 It’s an ambitious program, to be sure, and The Shed’s commitment to original, experimental work—and resources to attract top names—surely make it an exciting addition to New York’s arts scene. Of course, the high-profile building has its pitfalls: while well-equipped for a variety of arts performances and installations, the space—much like Hudson Yards’ mall next door—doesn’t always seem to be designed for the large crowds it could attract, with relatively compact hallways and elevators that feel slight for 500-strong crowds. The Shed also isn’t immune from the broader concerns about Hudson Yards as a “playground for the rich” and its use of public funds. While the cultural complex’s leaders have emphasized their commitment to accessibility and using their vast funding wells for both artistic excellence and the public good—Poots emphasized the spot’s “civic responsibility” to serve “all audiences”—how that will play out in practice remains to be seen. That being said, The Shed’s daring vision and the one-of-a-kind home give the theater a unique niche within NYC’s artistic ecosystem—and with so many possibilities for what this new addition could have in store, it’s certainly a spot to watch.