The Curriculum is Thought Gallery’s weekly email newsletter highlighting the top 10 upcoming talks, readings and panel discussions. Get The Curriculum in your inbox.

30 Lectures, Discussions & Events for Each Day in April

From learning how the Gilded Age transformed New York City to discovering new novelists and meeting iconic artists such as Jeff Koons, we list the best events to attend this April, one event for each day of the month. 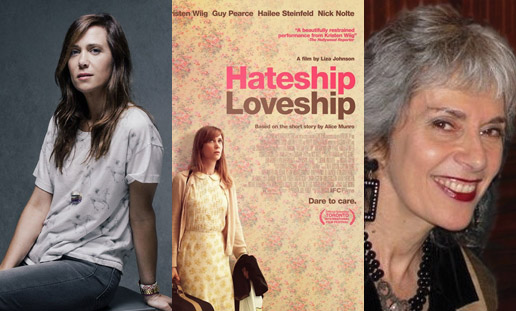 • Sit down with iconic menswear designer John Varvatos when he is interviewed by Fern Mallis, founder of Fashion Week in New York. Thursday, March 27, 8 p.m. at 92nd Street Y

• Mingle with peers, peruse the gallery and enjoy music by DJ i:Wah in the museum’s lounge. Friday, March 28, 6 p.m. at the Rubin Museum of Art

• Discuss foreign affairs with a professor who poses the question: Will China Rule the World? Sunday, March 30, 7:30 p.m. at 92nd Street Y

• Meet author Gary Shteyngart who will introduce his book Little Failure: A Memoir and discuss his American immigrant experience. Monday, March 31, 6:30 p.m. at the Tenement Museum

• Join T.J. Stiles, author of the Pulitzer Prize-winning biography The First Tycoon, and learn about the birth of the Gilded Age and the Vanderbilt Dynasty. Tuesday, April 1, 6:30 p.m. at the Museum of the City of New York

• Get to know Bette Midler when she also introduces her new book View from A Broad. Tuesday, April 1, 7 p.m. at Barnes & Noble – Union Square

• Discover the complete history of the atomic age with bestselling author and historian Craig Nelson. Get a preview of the talk here. Wednesday, April 2, 7 p.m. at Barnes & Noble – Upper West Side

• Explore the roots of human irrationality with a Yale University comparative psychologist who will examine the way primates make decisions at this SciCafe talk. Wednesday, April 2, 7 p.m. at the American Museum of Natural History

• Get a grasp of the world of publishing and writing with author Sue Shapiro and a panel of select first-person authors. Wednesday, April 2, 7:30 p.m. at The Strand Bookstore